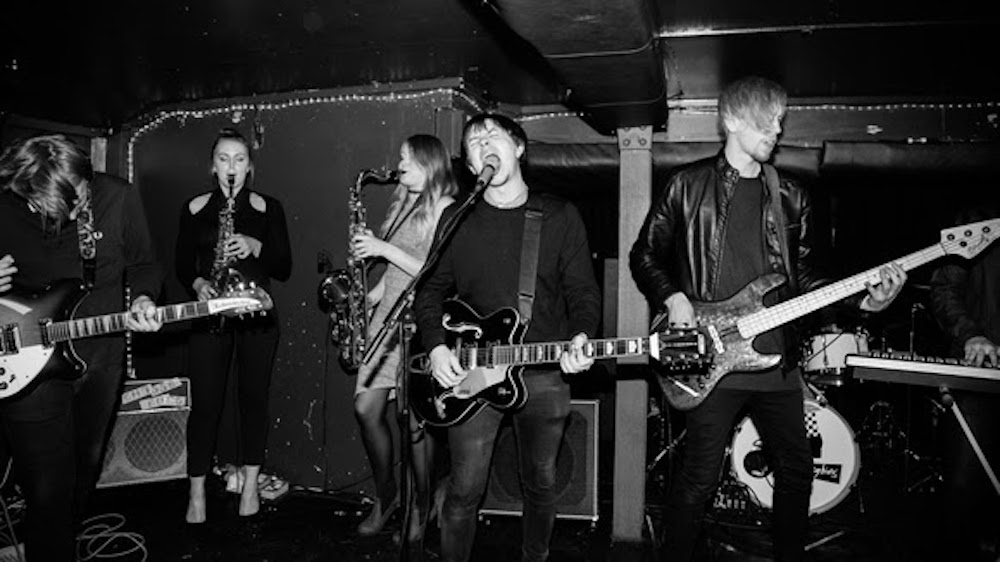 The Begbies performing at XpoNorth 2017, at The Market Bar, Inverness.

My first stop on the XPO North trail was the Market bar where The Begbies were due to be lighting up our Tennents stained lives. I arrived to a packed Market where an ‘End of Austerity’ party had been optimistically thrown by the band in light of the days polling activities.  I was met at the door by the charismatic leader of The Begbies who wished me and everyone around me a happy birthday and handed us all a copy of the band’s fanzine ‘Choose Rude’.  The fanzine contained a thoughtful piece on the recent terrorist attacks in Manchester and musings on UK politics where the Prime Minister was inevitably the target – good wholesome anti-establishment fun for all the family so far.

The band itself is 5 member indie-ska group which could barely be shoehorned onto the Market’s legendarily compact ‘stage’. The band was so crammed in that the singer/lead guitarist had to stand with his back to the crowd in order to be part of the festivities. I’ve never before been forced to stare at another man’s arse for 30 minutes and I’m glad to say I came out of it unscathed and perhaps a wee bit more enlightened than when I began.

The Begbie’s started the party with a pure banger of a track ‘Stay Young Stay Free’. Skanking definitely would’ve been on the cards if there was any room to raise an eyebrow in the venue, let alone a Doc Martin. One had to stick with merely a nod and a shimmy to let the two-tone flow out. The stand out track of the night was without doubt ‘Sleeping Dogs’, I’d defy any good intentioned gig-goer not to be brought to the boil by this party track full of quirky ska goodness. The band themselves have an uninhibited nature but beneath the infectious ‘Skindie’ beat lies that political streak that is so apparent in their self published fanzine. The band clearly have motives behind the lyrical choices they make but thankfully they don’t let that overrun the party as they continue to bash out the feel good Ska vibe like Ed Sheeran bashes out your auntie’s next favourite track.

I’m a sucker for a Ska band and I love a bit of indie reflection so The Begbies really tick all my boxes.  I’d be interested to see how they’d fare in a larger venue because I imagine it would be a dead sweaty affair coupled with a empowering social conscience if the crowd were only given the room to fully participate in the two-tone anti-tory trouncing.