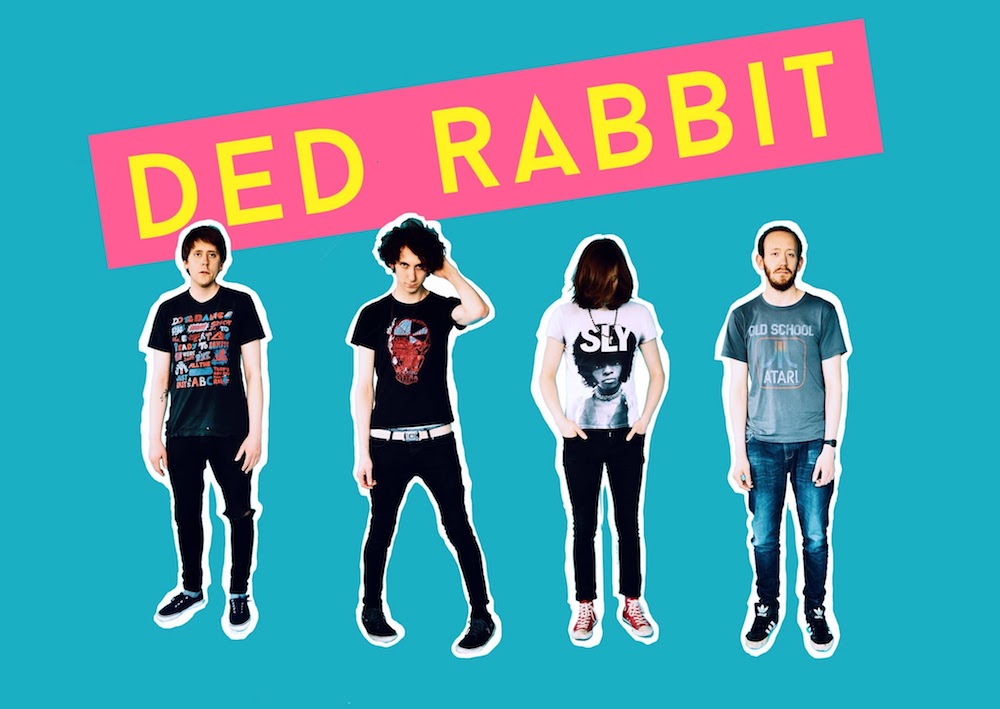 With an almost hyperactive energy akin to that of Vampire Weekend, Ded Rabbit chucks out economic indie-pop like your granda’ hands out the Werther’s Originals – with unabashed, pre-diabetic glee.   This perky indie-pop machine has four Speyside brothers at the controls and they are resolute on lifting the frankly hummin’ national mood by injecting us all with a dose of energetic guitar-wrangling.

The venue itself was the band’s main opponent on the night as I don’t think whoever designed the Mercure Bar had the appreciation of hooky guitar-riffs, punchy choruses and tight trousers in mind.  The band and the crowd were separated by a set of stairs and a distance which made any meaningful connection difficult because it created a chasm of space that few bands would be able to transcend.  The lead singer did beckon the crowd forward across the gulf but, alas, there were no takers. Nonetheless, the brothers tuned up and cracked on.

There was some movement from the crowd for the stand out track ‘Never Gonna Learn’ which feels like a proper festival song and would no doubt have caught a bit more love if given an airing in a more suitable venue.  Its playful chorus reeks of bouncing festival afternoons amongst the pastille painted, saccharine soaked pissed up teens at T in the Park.  These fellas would probably best be enjoyed under the mid-afternoon sun, hopped up on Kopperburg and dancing like your mum doesn’t know where you are.

Catch them next at the Kelburn Garden Party Festival on July the 2nd and let me know when I’m right.