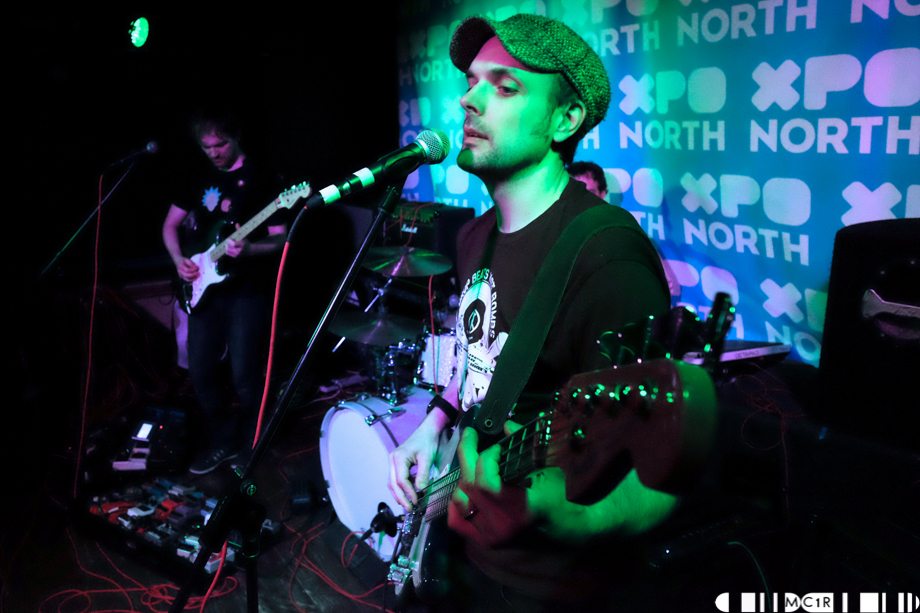 XpoNorth brings Inverness town centre to life pushing live music out from traditional venues such as Hootananny, Mad Hatters and The Market Bar to the likes of Deenos, The Phoenix and Scotch & Rye. Moreover, the crowd that gives the bands an audience are not the usual local crowd of family, friends and regular gig goers but a range of industry stalwarts, bloggers, musicians and various creatives. It’s an interesting mix and a breath of fresh air to most bands, even if it can be a little daunting.

On stage, and undaunted, in Mad Hatters were The Twisted Melons. Hailing from Campbeltown, Kintyre they set off with a slow burning opener letting the guitar do the talking. Second song, and first track from their new album, West of the Rock gave way to more melodic rock. This set the tone for the rest of the set but Maybe It’s Not The End Of The World gave a funk edged twist which was more than well received. An impressive start to the night. Good enough for me to contemplate buying their new album. Click, click, just done it.

Next stop was the Phoenix Ale House and American Clay, not to be confused with, and how could they, with WOMPS, who were down on some programmes to be playing in that slot. From coverage of Wednesday night it would appear that they had done a straight swap. American Clay are noise merchants with power aplenty. I must admit as a genre I am quite mixed. As much as I don’t get the music, I really get the power, intensity and emotion. Okay, maybe I do get it. Who cares. I enjoyed it, that’s what matters. Go see them and bask in it. Whatever that is to you. Yeah, you can bask in it…

On more familiar territory, for me, was an appearance of The Side. Playing next door in Deeno’s, a venue which only attracts live music at XpoNorth, although the bars roots in the late 80s as The Rock Garden was firmly a music venue. Short lived but noted. Deeno’s actually works well as a music venue and The Side took full advantage of that in that consistent manner they have of knocking out an incredibly tight set. It’s crowd pleasing, verging on the Beatlesesque but in the main it’s shoulder to shoulder terrace chanting. Feel good, bounce along and, yeah, it’s fun. You can’t knock The Side, they do what it says on the tin, and they do it well, really well.

A trip back to Hootananny to catch Medicine Men found a packed bar with some standing room down ear poppingly close to the speakers. These gallus Glaswegians know how to deliver. It’s a real cocktail of influences with front man Ian MacKinnon belying a Manc 90s indie look with a captivatingly focused performance.

There is a lot going on here. It’s familiar, by that I mean readily accessible, and more than enough for you to want a second, ok, third or at least fourth, listen. Just as well they will be at both Belladrum and Jocktoberfest then…

Unfortunately, getting into Scotch & Rye was one thing but the narrow nature of the bar took us to the back, to avoid further congestion, and made it difficult to pass direct comment on Laurence Made Me Cry. However, by the huddle by the front she was certainly creating a stir. Fair play to the bar staff who recognised the difficulty for a photographer and allowed him space to shoot from behind the bar.

A further trek to Deeno’s saw me pick up my last act of the night and Ded Rabbit. I suspect this should be the next stage after frightened although it was anything but. This breezy, crowd pleasing combo just know how to work an audience. This is chipper indie at its jaunty finest. Likeable, it draws you in to the point you find yourself dancing along. And that is very much a good thing.

And with a bike to catch, yes a bike, and the less said about that the better, it was time for me to draw my night to a close.

XpoNorth give a huge platform to play to new audiences, and not just that, but to industry figures. There is always an element when it comes to commercial success of being in the right place at the right time, and at XpoNorth this year maybe, just maybe, some stars aligned and well, who knows…

Photos of the evening are here and you can check out our XpoNorth 2016 page for more coverage.