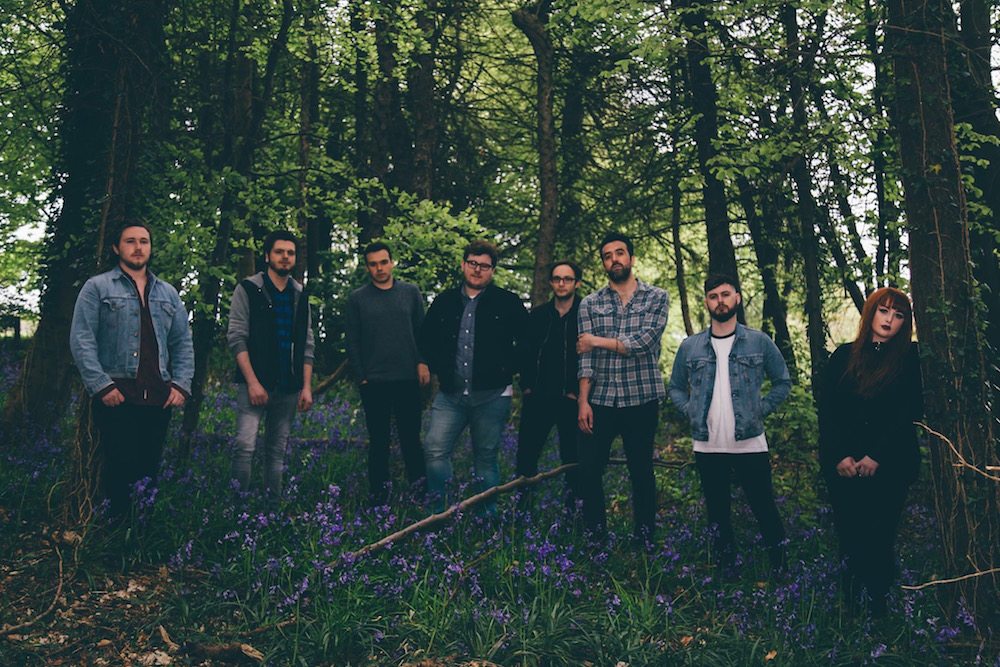 Interview with Ryan McGlone of The Youth and the Young who will be playing Inverness on the 9th of June.

The Youth and the Young are an 8-piece who hail from Edinburgh and it’s surroundings, having played XpoNorth a couple of years ago, they make their return to the event, boasting a recently new album and subsequent rave reviews. We catch up with the Ryan and ask him a few questions about the band the forthcoming gig;

Who are you? and what do you do?

We are The Youth and Young, an 8 headed noisy folk band from Edinburgh.

Personally, I’m Ryan and I sing and write lyrics.

In an article from Prescription PR about standing out from the crowd, the advice was put into three categories; Sound Different, Look Different and Position Yourself Differently. What do you think about this advice? And what makes you stand out?

I think that it’s obviously important to consider how you sound and how you market yourself, but if it’s fun for you then you shouldn’t beat yourself up about it unless your end game is being the biggest band in the world. if you really tried hard enough you could say we sound like X band.

I’m not under the impression we re-invent the wheel with how we sound but I like to think there aren’t many people at an unsigned level who are doing the same thing. Cuan (guitar) and Alex (acoustic guitar) do dress very well so that’s a plus on the looks front.

I think we don’t take ourselves too seriously and that makes us stand out if that makes sense? A lot of people look the part and don’t sound great, particularly when they start out and how you are viewed when you first ’emerge’ is so important these days.

In the time of your musical career so far what is your biggest achievement so far?

Hmmm, sometimes getting the 8 of us to a practice feels like an achievement (kidding on)

Our first tour maybe? You see a lot of people saying touring has lost importance and no one comes to gigs. but we went all over Scotland and only two of the ten or so gigs weren’t busy. I mean the Internet is great, but people look at things for two seconds then go back to looking at cat videos or reading some form of clickbait. I’ve always thought of us as a live band first and foremost and still believe playing shows is the best way to be heard.

One of the Facebook comments about your recent album,’Gestures‘ described it as “absolutely awesome, flawless and completely stunning album”, how do you feel about the LP now?

Wow, that’s a really nice thing for someone to say! I’m pretty sure that was Keir’s (Bass) Dad! The records been out a few months and the response has been very positive from various reviews and blogs etc. We spent over two years making it and honing the songs and I feel that shows, back to front on it there isn’t really anything I would have done differently and I’m super proud of it! Everyone has improved so much musically from our first EP and Single in that time, so It’s a good representation of where we are right now as a band.

You were described as “surely one of Scotland’s most underrated and least talked about bands”, what do you make of the observation?

Personally, I like that observation, the rest of that same review was also super complimentary. I’m into the idea of being this under the radar thing, we’re all realistic and don’t have delusions of being famous etc. It still blows my mind when anyone talks about us at all, and we haven’t really had any sort of negative response to our music. More often than not people simply don’t respond if they think it’s rubbish!

It’s hard to say in a non-arrogant sounding way, but we all enjoy he music we make and take a lot of time making sure of that first. After that it’s just about trying to get into as many ears as possible and making opportunities for that to happen.

How are you planning to make the most of the opportunity of playing at XpoNorth?

We played the festival two years ago and we were still a relatively new band. I feel like our live show has improved a lot since then and first and foremost we will be looking to let that do the talking. You’ll no doubt be annoyed by one of the 8 of us with a flyer at some point over the two days! We will also be looking to chat to and network with as many people as possible as its a great hub of creative thought.

You’ll be asked a million times, so let’s ask once more :), what other acts are you looking forward to catching at XpoNorth and why?

Our good friends in Foreignfox are playing; their new track ‘Monsoon’ is excellent and I saw them recently and all the other new songs sound next level as well. A great live band.

The Youth and the Young plays the Inverness Gigs Stage at Hootanannys on the 9th of June at 9pm.

Make sure to see our XpoNorth page.