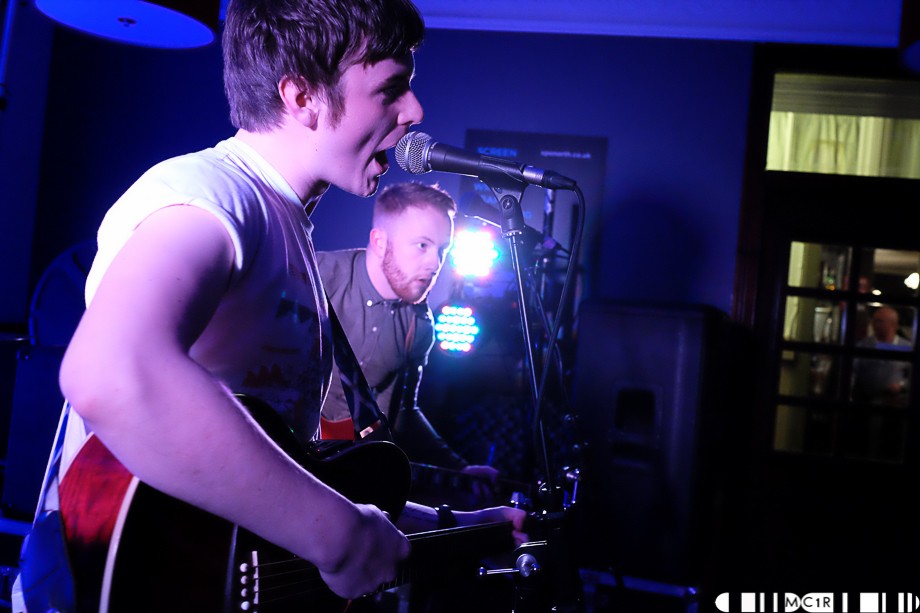 Declan Welsh came to our attention when, on his own, he supported The Proclaimers at a full Perth Concert Hall earlier in the year. He has however been in the proccess of acquiring a band, and it was with the band that he was playing at the Free Folk stage.

What struck me initially was the size of the crowd, which Declan sincerely thanked them for, but for a new act from East Kilbride on a stage maybe not best known for full electric indie folk, an impressive coup.

At first thought a strange pick for the Free Folk stage, until you listen to them, the songs float from genre to genre at a slight of the hand that a magician would be jealous of. Folk is well represented in Declan’s set.

Stories of nights out, successful or not, reflections on living in a town or the similarities of lads holidays were all source material. The songs however deserve to be listened to then reflected on again and again, they certainly have a depth.

Set-ender , and newly released single, ‘Alright’ may not have an airplay friendly chorus, at least in it’s live format, but it’s an earworm entangled with a story of a lad’s night out. Dancing ensued. Given the right wind and a nod in the right direction, ‘Alright’ deserves to be for Declan what ‘I Bet You Look Good on the Dance Floor’ did for The Arctic Monkeys. Perhaps a bold statement, but that’s alright.

Make sure you check out our Belladrum 2015 page for all the news and reviews of what’s happening at the festival.

Still in the mood for a festival then check out the forthcoming North Hop festival featuring the best beer, gin and local music in the area.

The la, the la, The LaFontaines!