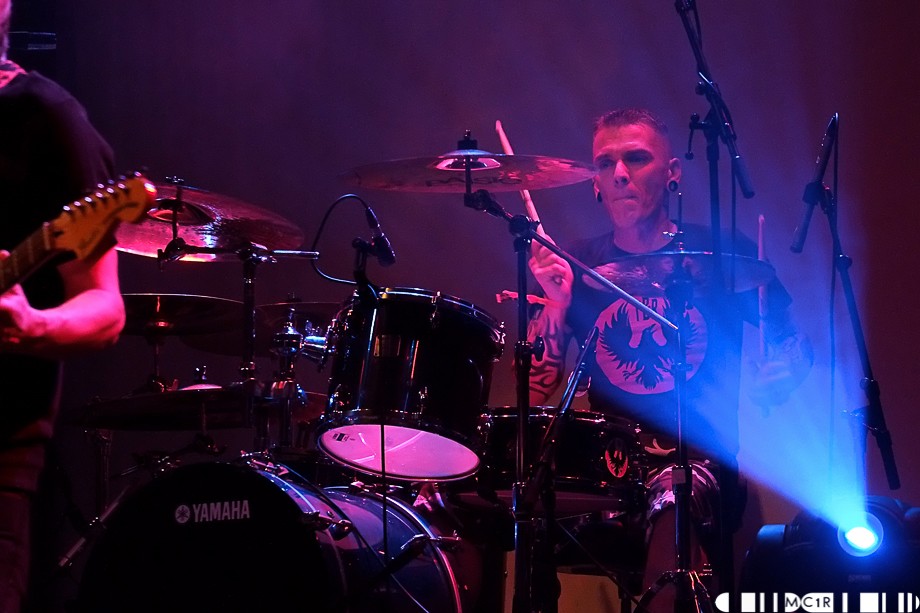 Previously during the day at goNorth I’ve always gone along to the various talks and workshops that are held over the two days. This year however I rarely strayed far from the radio goNorth live broadcast held in the bar at the Mercure. The atmosphere was consistently lively and turned out to be a great opportunity to see some of the bands that I’d not been able to catch on Wednesday night.

Michael Cassidy played a few songs in the morning including a lovely cover of Bruce Springsteen’s ‘Dancing in the Dark’ accompanied by members of the Youth and the Young. Surprise guests Colin Macleod and Rachel Sermanni popped up to play a few tunes and we were treated to interviews with former Skids frontman Richard Jobson and Father Ted actor Michael Redmond.

On the whole the setup was slick and entertaining, made even more impressive by the fact that most of the radio hosts were new to the business and part of Go North’s radio training course, this was the culmination of two weeks work and they definitely outdid themselves

In the evening the ever reliably noisy Broken Ravens got things up and running in the Ironworks. It’s the first time I’ve seen them up on the ‘big’ stage and it suits them very well. Very much a band on the ascendency they play tight powerful riffs and very quickly get heads nodding. Rarely pausing for breath they pummel the audience into submission… put it this way, Bugsy and co aren’t likely get caught playing ballads anytime soon!

Over in The Room a sizeable crowd had assembled to witness Beecake take to the stage. Now the cynics amongst you might suggest that this had something to do with the presence of a certain Lord of the Rings actor rather than anything to do with the quality of the music. And yes, maybe this is something of a vanity project for Billy Boyd but he wouldn’t be the first.

Fortunately unlike bands like Dogstar (Keanu Reeves’ pet project) Beecake do sound like the real deal. Initially a faltering start, the first couple of songs didn’t seem that strong, but as the set went on they grow more comfortable and my cynicism was soon quashed.

Boyd’s vocal range is impressive and they play passionate indie rock that had me comparing them to earlier Muse material. Bearing in mind that they have two albums under their belt it’s possible my earlier thoughts about them being a vanity project were slightly unfair.

Tijuana Bibles startled a few of the sleepier regulars in Blackfriars out of their beer induced reveries with pounding blues rock. Their stark heavy tunes complimenting the bare surroundings of the pub. Fans of Clutch could do worse than give this lot a listen.

Quiet, earnest and heartfelt with a soupcon of Gallic charm

In contrast to the rowdies in other bars, Siobhan Wilson quietly put in a shift at Mad Hatters that could legitimately be described as mesmerising. Gig-goers hung on to every last note played and every last word sung, people even whispered as they ordered their pints! She’d impressed me last month at Brew at the Bog and on Thursday she further cemented my admiration for her music.

Quiet, earnest and heartfelt with a soupcon of Gallic charm (even though she’s from Elgin) her singing is crystal clear, managing to sound fragile yet still having the power to get us to shut the hell up and listen! She was clearly delighted at the response she got and was the first artist I’d heard over the two days that received calls for an encore.

Downstairs Teen Canteen from Edinburgh were just a little too saccharine sweet for most people’s tastes with many saying that they sounded like something that had been penned by Tim Currie.

Back in Mad Hatters the quite brilliantly named Deathcats bounded on to stage and impressed with short pop punk songs that stirred my now flagging bones back to life. Great fun and definitely worth going to see if they head back up this way again.

Finally Roman Nose over in the Ironworks brought my night to a close. This is the third time I’ve seem them in the past year and each time I’m more and more impressed with how they sound. I’ve said before that I’ve never been the biggest fan of dance music but I will definitely make an exception for Roman Nose, Youth Clubbed and Satan Pump are cracking tunes and feature on a few of my spotify playlists for the gym.