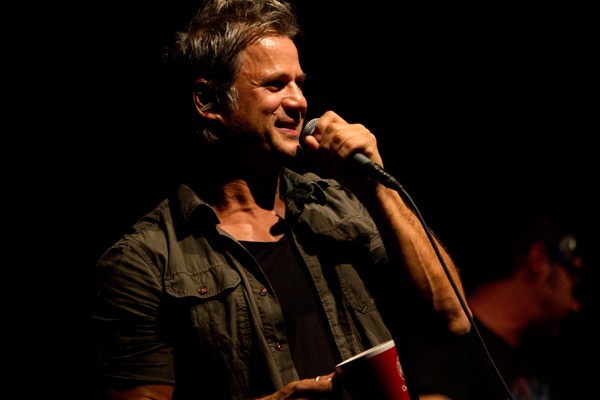 Jon Stevens, the Dead Daisies and a life-long Scottish fan

It was 1987. While sitting in my College classroom in Aberdeen and planning out my next artistic masterpiece as part of my graphic design course, a song came on the radio. Radio 1 was playing the brand new single from until now, an unknown Aussie band called Noiseworks. Immediately hooked, I set out to find out everything I could about the band while looking for more of their music. Unfortunately, it would be a year later on a family holiday in Canada before I get my hands on the debut album. Today, this album still rates as one of my favorites along with another classic of the same era, ‘Hysteria’ by Def Leppard.

Having sourced every Noiseworks recording from every obscure record shop and source in the UK, I became a proud member of the bands fan club; in fact, I think I was possibly the most Northerly member in the world, certainly in the UK. It was therefore with great disappointment when a friend arrived home from a holiday in Australia in 1992 bearing gifts of the final cd and video of Noiseworks, the greatest hits collection. 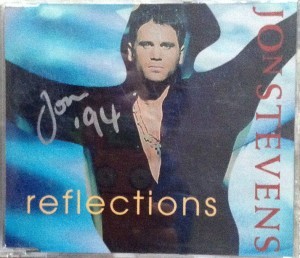 I would continue to follow Jon on his solo career becoming a member of his fan club and receiving signed cds, which I still have to this day.

One strong and repeated connection forever links Scotland with Australia and New Zealand, rock music. There are the Young brothers from AC/DC, brought up on a Glasgow council estate before moving to Australia, former AC/DC vocalist the late Bon Scott, Jimmy Barnes from Cold Chisel and many more. In New Zealand, a large family brought up by a Maori lady and her husband, a Scottish immigrant and merchant seaman who landed in New Zealand in 1947 started their own musical dynasty. Out of eleven children came two acclaimed musicians, Frankie Stevens, currently a judge on ‘New Zealand Idol’ and his younger brother Jon Stevens.

From an early age, Jon Stevens had music running through his veins in a family steeped in musical tradition. As a teenager in the 70’s before he headed for the bright lights of Sydney Australia via LA, he would record the first of many hits to come in future years with the song ‘Jezebel’ and in doing so, the ‘Accidental popstar’ as he refers of himself to, knocked Michael Jackson off the top of the New Zealand charts.

Jon Stevens would come to prominence in the 1980s on an international stage as lead singer of Sydney band ‘Noiseworks’. The band toured the world and had various degrees of success globally, although mainly in their Australian homeland. Songs like ‘Take Me Back’ and ‘Touch’ would leave an indelible mark on the Australian music culture.

In a career that has seen Jon carve out a credible music solo career, become a musical stage actor (appearing in various productions of ‘Jesus Christ Superstar’), write the Sydney Olympic theme song, front various bands including INXS and a return in recent years to Noiseworks, you would think after such a successful career which also included life saving open heart surgery in 2009, that it was time for him to step back and enjoy past success. Not a chance.

In 2012 Stevens and fellow musician David Lowy were introduced to each other and in no time found a common musical bond. Both fans of 1970’s rock music like Free and Bad Company, the two very quickly wrote an album of songs that would become the Dead Daisies debut album.

The band is constantly changing with a huge array of talent stepping in and out of the band as and when required. While Jon and David are the nucleus of the project, musicians of the stature of Guns N Roses current members Richard Fortus and Dizzy Reed, bassists Marco Mendoza and Darryl Jones, drummers Charley Drayton, Alex Carapetis, Frank Ferrer and Brian Tichy have all had stints on this exciting rock juggernaut.

Before heading out on their American tour in August, Dead Daisy Jon, a keen fisherman found himself in a situation that wasn’t a million miles from ‘Crocodile Dundee’ (another Scottish connection!). Taking the very sensible move of running in the opposite direction of an unexpected croc, he stepped in a hole and broke his leg along with a thumb. Thankfully for both Jon and us, the croc didn’t follow his prospective lunch date. As if open-heart surgery wasn’t enough! Plaster-casted but definitely not beaten, Jon went on to fulfill what would be a great first American tour for the Dead Daisies.

During the past few years, I would keep up to speed with Jon’s career through websites and YouTube and was delighted when I heard work had begun on a new Noiseworks record, however, I became even more excited when I not only heard about the Dead Daisies, but learned very early on that the band would be coming to Inverness in December. Just like an excited school girl meeting Justin Bieber, this forty something male will be as excited to finally meet his musical idol of the last 25 years.

With tours in Australia with Aerosmith and ZZ Top, and an American tour under their belts, Scotland and especially Inverness will finally get the chance to welcome one of their own, Jon Stevens, welcome home to the Highlands of Scotland.

Tickets for Black Star Riders, with support from The Dead Daisies on the 5th of December are available via  www.IronworksVenue.com.