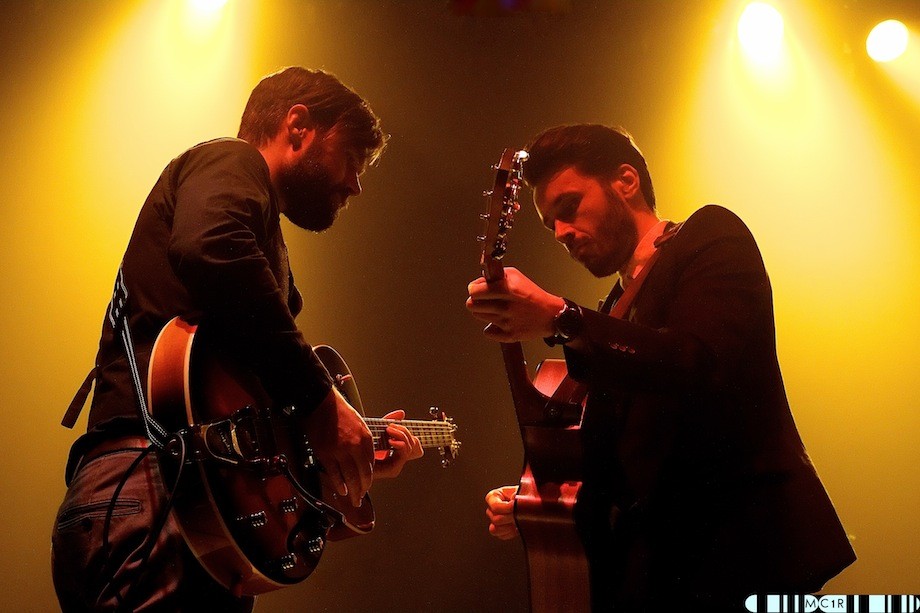 A review of Roddy Hart and The Lonesome Fire at the Ironworks, Inverness on Saturday 9th November,2013.

After seeing Roddy Hart for the first time at Belladrum a couple of years back, I was looking forward to catching tonight’s set. A new album simply titled ‘Roddy Hart and The Lonesome Fire’ has been available for a few weeks, which to be honest, before tonight I had given little chance to tickle my eardrums. 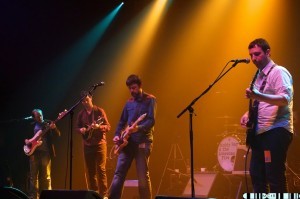 First up though were local Americana country fashionistas ‘The Galipaygos’. The five piece band who have now been on the local circuit for over ten years played their signature sound through a collection of numbers taken mainly from their latest album ‘Win You Over

“We’re a bunch of drunks masquerading as a band” announced front man Andrew as they rattled through a set dispered with tounge-in-cheek comments both in the songs and between them. Although they are a band that not only enjoys themselves, they don’t take themselves too seriously either (in a good way). However, that said, one song near the end of the set ‘Honours Even’ reminded me of ‘Squeeze’, which was more than a little unexpected! 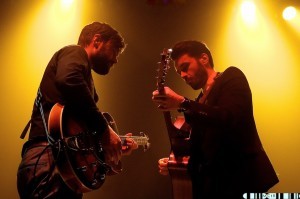 As time rolled on for the headline act, it was disappointing that the venue was not filling up quite as much as it should be for an act that had only recently played a support slot at the new Hydro in Glasgow. That said, it was the absentees that lost out.

Kicking off with an atmospheric build up and into new songs ‘Cold City Avalanche’ and ‘Not Nervous Anymore’ the six piece band belted out some great anthemic tunes mixed with some stripped down songs sang by Roddy solo.

Highlights included the current single ‘Bright Light Fever’, which is a stomper of a track and has all the guitarists going hell for leather. John Martin who looks like he’s trying to decapitate his guitar at times as he moves around frantically like a trapped bird, which is in contrast to the well dressed, calm and dry humored Roddy Hart.

, was well showcased tonight. There was even the additional oldie thrown in due to a request through Twitter!

The band remind me a little of a young Scottish version of Tom Petty and the Heartbreakers, although Roddys voice is smoother than the throaty grit possessed by Petty, but you can see where and how they could potentially develop which is exciting both for the band and eventually legions of fans.

Roddy is the kind of artist you really feel you know better than you do. He is charming, witty and most of all very appreciative of the support of the audience. In this reporter’s opinion, you will be hard pushed to find a better Scottish band that write great catchy songs currently on the national scene.

Great gig, now to get that album I’ve been avoiding!

More photos of Roddy Hart and The Lonesome Fire and The Galipaygos.