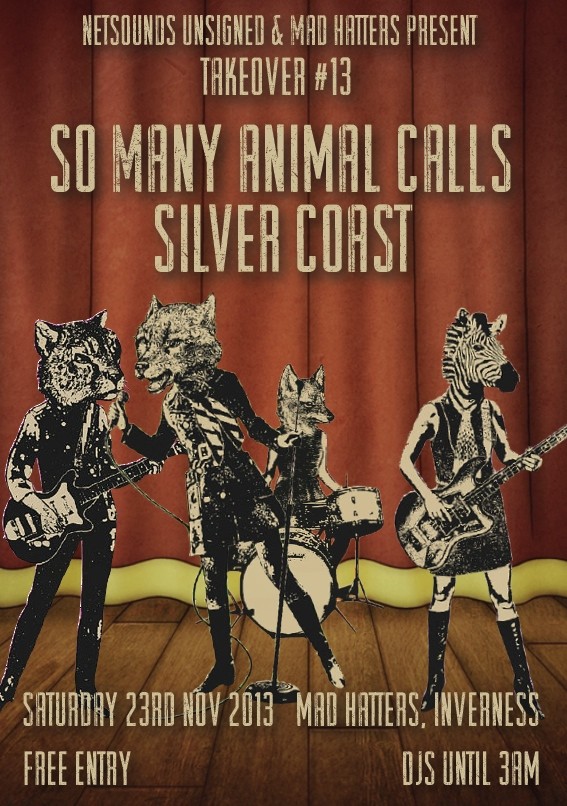 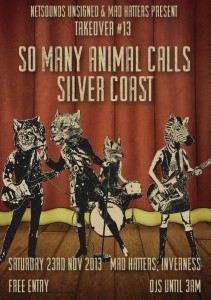 This will be the bands first appearance in Inverness since their triumphant set at goNORTH in June earlier this year. Since the summer they have released the anthemic single ‘Almost Something Is Better Than Nothing’, headlined a near sell-out King Tut’s Wah Wah Hut as part of the venue’s Summer Night’s Festival and are currently hard at work on a follow up EP.

The band’s catchy radio friendly alternative rock sound has earned them airplay from the likes of Jen Long, Huw Stephens, and Jim Gellatly, and they have also appeared on the main stage at the RockNess festival alongside fellow Scottish rockers Biffy Clyro.

Home team support at Mad Hatters will be provided by Inverness 4 piece Silver Coast. The band who formed in 2012 have already generated an impressive following that helped them secure support slots for Fatherson and King Charles. The band have quickly caught the imagination of Inverness with our reviewer commenting on their support for Fatherson ; ” Not a band for holding back, they immediately handed us their ace cards and flaunted their impressive talent”.

Aaron Murray said of the gig “Right off the back of Fatherson, we were delighted to be given the opportunity to support So Many Animal Calls for the Netsounds Unsigned night”.

Click for more info on So Many Animal Calls and Silver Coast.