Marcus Bonfanti talks to us before his gig at Hootananny, Inverness on the 8th of July. 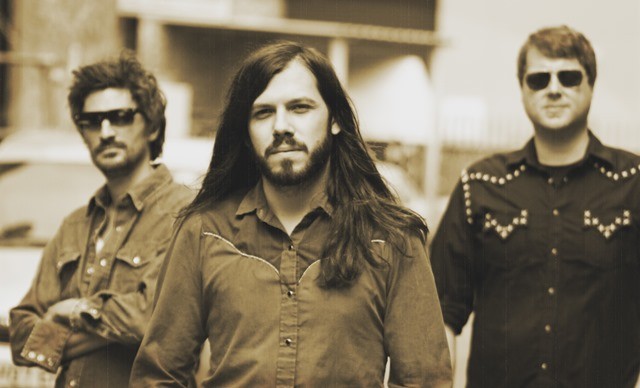 Marcus Bonfanti is a hard man to ignore a blues guitar player and singer born in London and creating quite a stir on the scene and with the third album recently released the promotion tour takes him to Inverness ;

Given the success and critical acclaim of the first two albums, how did you set about creating ‘Shake the Walls

’ and what have you thought about the response to the album?

I’ve always been quite critical of my own work and also there was a 3 year gap between my second album and’ Shake The Walls’ so I knew there was gonna be a certain level of expectation from people. This record had to be a definite progression from my last 2 so I really thought about every aspect of this album in detail. From deciding to collaborate with other songwriters rather than write the whole thing myself to getting the right producer (Dave Williams) on board. I wanted to make sure this album really showed people that those 3 years between albums was spent grafting, and it was!

The response has been really great from press, radio and people who have bought the record. I’ve been blown away by the response. It’s real nice to hear that people like the sound of it after you put so much effort into a record. By the end of the process you’ve heard it so many times you’re not even sure if you like it, so it’s good to know it turned out right

How did you make your first steps into music?

I was real lucky because at my primary school we all got the chance to learn a musical instrument at the age of 8. I wanted to play Trombone but I’d been naughty that day so I had last pick and ended up with the Trumpet. I loved it and played it in brass bands and orchestras and took lessons in all my spare time. That’s when I knew I wanted to be a musician. When I was 16 though I heard Led Zeppelin for the first time and that’s when I knew I wanted to be a guitarist. Everything changed that day, all I wanted to do from that moment was play guitar and that’s all I’ve done really.

You’ve talked about the influence that George Harrison and Jimmy Page have had on your guitar playing, what are your other influences on your career?

Too many to list really, I listen to so much music all the time and constantly have my ears open to music I’ve not heard before and people’s recommendations. My influences seem to change constantly, I like getting really into bands and musicians like i used to when I was growing up. Certain musicians seem to be a constant influence on me tho. Tom Waits, Muddy Waters, Howling Wolf, Gordie Johnson, Keef Richards, Steve Cropper and Marc Ribot to name a few. I always find myself coming back to listen to these guys a lot. One of the biggest influences on my musical career is my dad though, he has the strongest work ethic I’ve ever seen in a person and I try and match his level of hard work and dedication to life as much as I can. If you put everything you have into what you do then you know what you’re giving people is your absolute best, that’s all you can do really.

How do you feel about the blues scene at the moment? Who do you view as your peers?

The UK has always had a really strong music scene it’s got so much history it’s great going round to clubs that have pictures of The Stones and The Small Faces on the walls back when they played there. I think that the scene nowadays is very similar to back then, there are so many bands out on the road taking their music to people and its the best way to promote a record, show people what you can do! I got a lot of friends on the scene some of which I’m lucky enough to collaborate with. Paddy Milner is a long time friend and collaborator and I love going to see him play. Also I’ve been playing with Saint Jude for 3 years and Lynne Jackaman (lead singer) is another person I feel really lucky to be able to write and record with.

What do you think the future holds for your musical career, how do you judge “success”?

It’s hard to judge success because when you keep looking forward and constantly trying to do better than you have done before its easy to miss the small victories you have along the way.I hope my future is making more records, touring in new places, playing to more people and constantly getting better at what I do, I’m not gonna do anything else, this is all I’ve ever been good at and I’ve put my whole life into making music.I’ve always thought that if I can live my life playing as much music as possible and providing for my family through doing that, that’s gotta be success hasn’t it?

You can catch Marcus at Hootananny on the 8th of July (tickets on sale here) and check out his website.