Luke Jackson, nominee for both the Horizon Award for Best Emerging Talent and the BBC Radio 2 Young Folk Award, will be playing Hootananny on October the  17th, 2013. 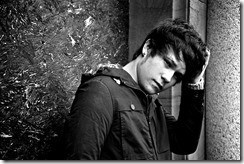 , which is described as “a riff- layered rite of passage CD”.  The Daily Telegraph proclaimed it as ““An affecting and highly promising debut album” where Properganda noted of the singer and the album that “A young man enjoying some notable patronage – a debut album of surprising maturity and a compelling listen”.

Despite his age, he has already supported the likes of Steve Knightley, Lucy Ward and Boo Hewerdine and  is gigging hard throughout the summer with a decent selection of festival bookings already.

Yet another opportunity to catch a rising star in the making at Hootananny.

You can read more about Luke Jackson on his website.