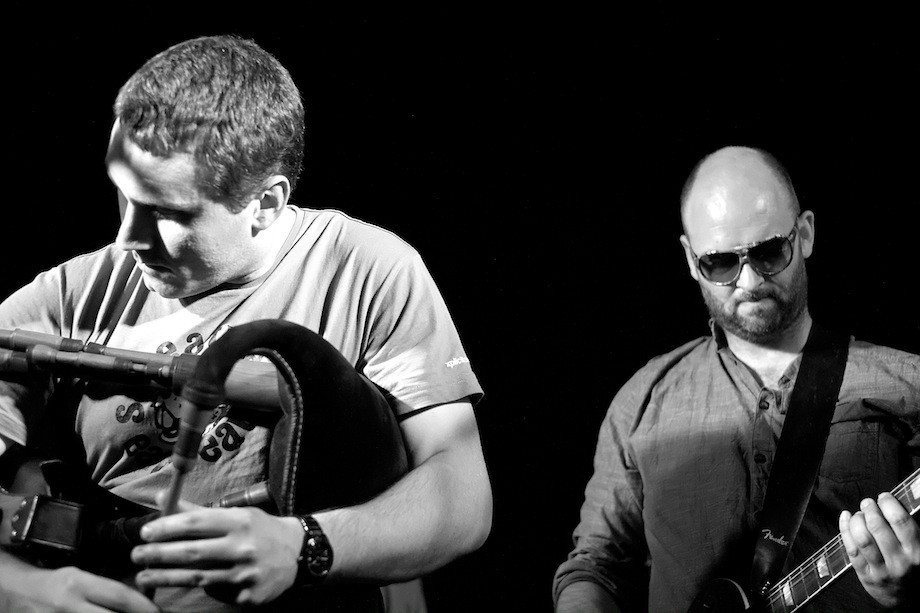 Saturday saw a jam-packed schedule of acts from Charlie Roth to Grousebeater Soundsystem and pretty much everyone in between. 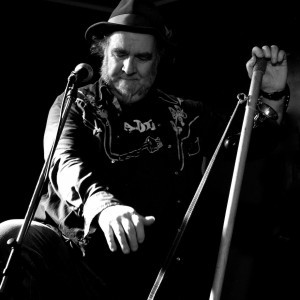 Saturday’s bothy stage was sponsored by the inimitable Rob Ellen’s Medicine Music and the Tea Posy and opened with as short set from the Slim Panatellas featuring guest vocals from a German member of the audience who provided some impressive yodeling.

The pairing of AJ Roach and Nuala Kennedy had its share of spine tingling moments, opener ‘Wind and Rain’ was sung acapella with the only accompaniment appropriately enough being the squall that beat against the windows of the bothy. ‘Smaller Scale’ was a song about the ‘slowest transport’ in the universe, a San Francisco streetcar. Although according to Nuala it’s still quicker than the Edinburgh trams! Obvious comparisons with the Civil Wars could be made and Roach’s voice has a plaintive quality that when he sings about love and loss it really does sound like he’s loved and lost. 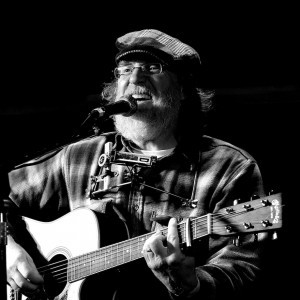 Charlie Roth is from Minnesota USA and has developed a love of Scotland that was evident from the start (see his recent interview here). Accompanied by Matt Morrow on guitar they start off with Morrow penned tune ‘Mallaig’. This was one of the first songs that Charlie had heard when he came to Scotland for his first tour over here and was a song he listened to repeatedly during that time. Featuring a sling of guest musicians from Rob Ellen on tea chest bass and Jamie Marshall (who you may recognise as one of the newest buskers on the High Street in town) providing the vocals on the Dick Vaughan song ‘Both Sides of the Tweed’. Roth’s cover of ‘Wild Mountain Thyme’ is going to take some beating, this is one of my favourite songs and I’m always interested to hear different takes on it and Charlie’s is probably one of the best I’ve heard in years.

Saturday’s evening session was opened by the Caitlin Macneil Band. This group of youngsters are part of UHI’s trad music course on Benbecula and they played four songs for us. Most poignant of these was ‘The Sting’ written for a close friend from Colonsay who died very young. These guys like the next band Larsa led Bruce to comment that folk musicians are getting to be like policemen, ‘they keep getting younger’, and there certainly seems to be some truth in that! Whether it’s access to new technology making different genres of music more readily available or a reaction to the over produced pop mince that dominates the TV and airwaves, I don’t know but I applaud it nonetheless. There was more talent on display this weekend than you’d get in a year of ‘Britains got X Voice Talent Factor’ nonsense.

Larsa were spotted playing in Edinburgh and Bruce was impressed enough to invite them to play on the bill. The three are usually a foursome but one of the group had been delayed in the US. ‘Nobber’s Reel’ was dedicated to Banjo player Ciaran’s mum who is ‘a fine figure of a woman’ according to guitarist and singer Jack Badcock. She used to live in Nobber, Ireland and won the Miss Nobber beauty contest when she was young. Poor Ciaran would appear to be less than impressed with this! ‘Symphony Delicious’ was an ode inspired by the same title inscribed on the breasts of a woman… no further information was forthcoming, for shame! 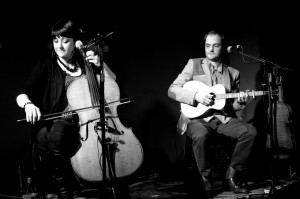 On to Mike Vass and Fiona Hunter who played a selection of Scots tunes some of which were based on the poems of Robert Tannahill. The Audience was invited to participate in the Iain Maciver tune ‘Shift and Spin’ and they did so with enthusiasm.

Edwina Hayes had driven up from East Yorkshire on Friday and has been a guest at Northern Roots on a number of occasions now. Armed with an acoustic guitar and a mix of covers and self penned tunes she played an intimate set peppered with anecdotes ranging from writing classes, her 41st birthday celebrations (she’s ignoring her 40th) and her new second hand Audi. She has a wonderfully clear voice and her beautiful cover of Leonard Cohen’s ‘Famous Blue Raincoat’ should come with a warning that anyone feeling a bit fragile could be reduced to wobbly lips, surreptitious eye wiping and quiet sobbing. 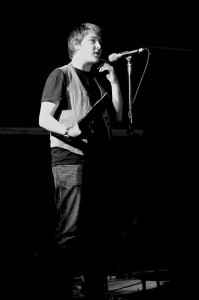 We also had a guest stint from Innis Snelly a member of the goNORTH radio team. He’d been set the challenge of learning to become a folk singer in 24 hours. The culmination of these efforts was to stand in front of us and perform a song of his choice. Wisely he chose the one that would be guaranteed the most audience participation – ‘Wild Rover’. He was suitably dressed in folk ‘uniform’ of scruffy jeans, a waistcoat and two week’s worth of bum fluff – he’d tried to grow a folky beard with limited success. He carried it off with aplomb though albeit slightly off key and with assistance from the audience. I suspect performing under the steely gaze of an Inverness Gigs reviewer wasn’t part of the deal!

First act for the evening in the barn was Dan Walsh, reputed to be one of the best claw hammer banjo players in the UK , he put on a dazzling display and if the Banjo world has a Joe Satriani equivalent then he would be it. It wasn’t just flamboyant widdling though, he proved that he can sing and play a decent tune too. I think the audience weren’t sure whether to dance or stand back in amazement, a genuine talent and someone I suspect we’ll be hearing much more about in the years to come.

The JP Trio fuse traditional Irish music and Jazz to come up with a fairly unique sound. Brothers Ted (banjo, tenor guitar) and Jos (accordion, keyboards) and drummer Paddy Hazleton play mostly instrumental tunes and are joined by singer Niamh Farrell for the tunes requiring vocal accompaniment. I think this was possibly the only band I struggled with as I felt the mix of styles was a tad too disparate. That said their cover of Wade in the Water was very good indeed. 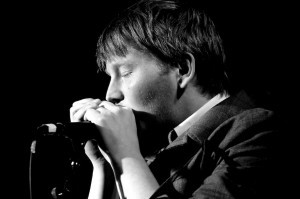 ‘Highlight of the day’ accolade probably goes to Rob Heron and the Tea Pad Orchestra, they kicked off with a riotous mix of bluegrass, ragtime, blues and Cajun. Dressed like a band that has fallen through time from prohibition era USA they had everyone up on their feet and played a set full of party tunes. They seemed to go down especially well with the combined Hen/Stag party in the barn! Perfect party music for a Saturday night, they looked the part and played a blinder. 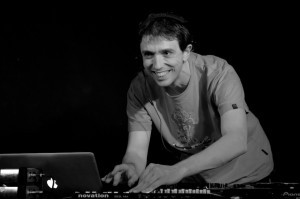 The Grousebeater Soundsystem appeared to have a few technical issues leading to a late start. Those that managed to last the distance were treated to an impressive mix of electronica, a dash of hip hop and plenty of pipes and fiddle. Cheeky wee remixes of ‘Intergalactic’ by the Beastie Boys and ‘Fools Gold’ by the Stone Roses might not be something you would think worked given the context of the weekend but they get away with it by not taking themselves too seriously whilst playing with real skill.