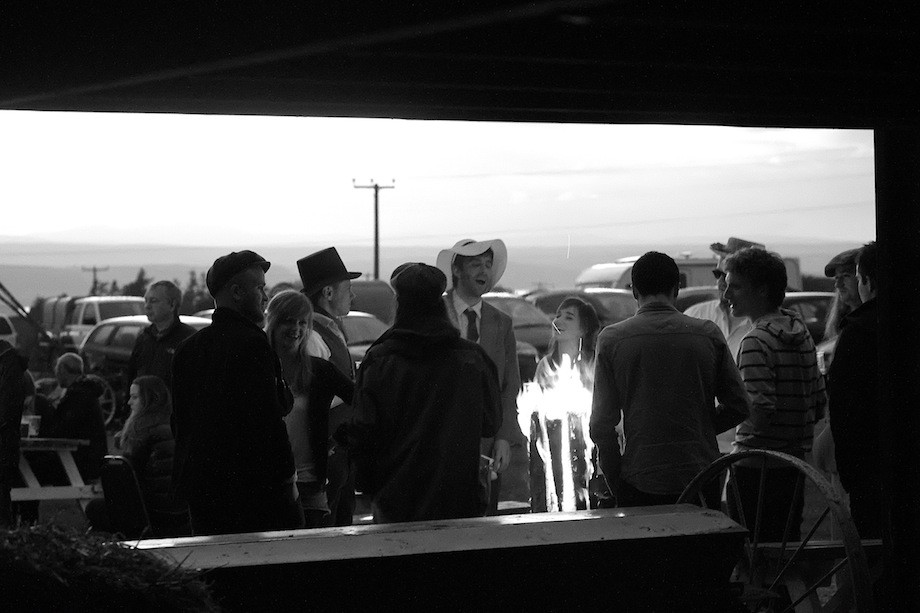 On Sunday evening we had five acts vying for the honour of the Northern Roots award. The winner would be given a slot on stage at the showcase later that evening and a chance to record at the Bogbain studio. Fi Vass, Duncan Overmeer, Amy Duncan, Mad Ferret and the fantastically named Ramisco Maki Maki Rocking Horse all had the chance to wow the judges (Bruce Macgregor, Yvonne Murray and Edwina Hayes) with a set of around 4 songs each.

Fi Vass opened the competition and the singer/songwriter from Nairn graced us with four carefully crafted songs that seemed perfect for a lazy Sunday evening. Highlight was the song ‘Wedding Dance’, written for her brother’s wedding. Never mind toasters and bread machines, how about having a song written as a wedding gift?

Duncan Overmeer will no doubt be familiar to many Inverness Gigs readers, his debut album “Rumour Mill” has been causing a bit of a stir and he’s been a familiar face round these parts after playing gigs in the likes of Hoots and Velocity Cafe. ‘Words on the Wall’ included a clever use of samplers meaning he could create layers of sound building the song to a crescendo before fading it away. You can catch him again at the Market Bar this Thursday at 8:45pm as part of goNORTH.

Amy Duncan has a delicate, almost fragile voice evoking singers like Joni Mitchell and Joan Baez. ‘Song to Myself’ from her debut album Cycles of Life was soothing enough that the few kids in the audience started to nod off. Finishing with ‘Navigating’ it almost felt rude to applaud as it would jar the atmosphere of calm that she had created.

All the work that Amy had done to smooth our brows and calm the kids was swiftly undone when Perthshire folk hooligans Mad Ferret bounded on stage and woke everyone up with a rousing dose of rocking folk tunes. There might only be two of them but they made enough noise for a band three times the size! A couple of toddlers got so excited that not content with dancing in the aisle, they made for a dash to the front to stage their own mini stage invasion. Unfortunately for them they weren’t quick enough and their parents scooped them up before they made their goal.

Finally we had a band who if nothing else should have been given an award for the most inventive name, Ramisco Maki Maki Rocking Horse possibly don’t quite fit the bill as a roots or folk act, sounding more like the bastard offspring of the Violent Femmes and Beck. However their rapid fire songs played through an acoustic guitar plugged into a distortion pedal proved infectious. It’s hard to dislike a band who obviously enjoy making music as much as they do.

After much wailing, gnashing of teeth and an enforced break for Bruce to watch an episode of Jeremy Kyle (it’s true, just ask him) a decision was made and the award went to Amy Duncan. Speaking to Yvonne, Bruce and Edwina afterwards it was clear that it had been a tough choice with five such strong acts. Amy was most definitely a worthy winner and she claimed her slot during the showcase and the studio time at Bogbain for later on.

We were truly spoiled with a range of great acts. One of the unique aspects of any event that Bogbain hosts is the willingness of the musicians to mix with the punters before and after their shows. There’s very little evidence of people scuttling off backstage to hide with the rider and there seems to be real respect between musicians, you’ll often see them jump in if someone is short of an instrument or has broken a string and they’re always more than happy to chat to fans new and old after their slots have finished.

Thanks again to Yvonne and Bruce for their hospitality.