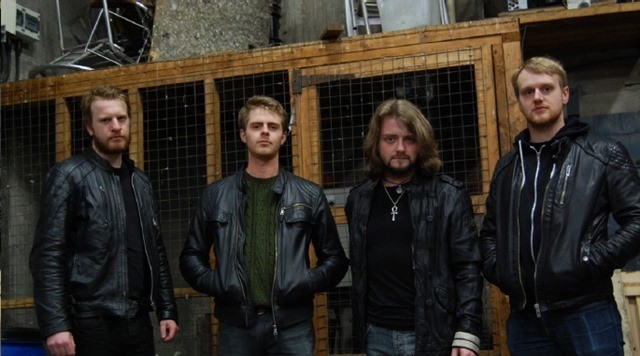 Inverness rock band, KETIMINE DECO are to reform for one night only to perform as part of the 10th birthday celebrations for renowned Inverness venue Hootanannys.

It’s been over two years, since 4-piece rock band that formed in early 2008, decided to go their separate way. The band which had played on the same bill as Nazareth, Jefferson Starship, The Quireboys, Twin Atlantic and Heaven’s Basement returns for one night only with the full original line-up.

Ross McEwen explains how the gig came around;

“We were approached in April whether or not we were interested in doing this and getting Ketimine Deco back together for the venues 10th birthday shenanigans. It’s not something that we had discussed previously and was a very pleasant surprise to get that offer through. We are all still great friends but haven’t played together at all since the band broke up in late 2010. We met up as soon as the offer came in just with acoustic guitars, lots of coffee and a relaxed attitude and set about jamming through the set in a stripped down fashion to see how much work would be required and if we felt it to be a good idea, we were all of the opinion that there would be no point in doing this unless we can play equally well or better than we had before.

Thankfully before long we were all in hysterics with how much we remembered!! It ended up going far far better than we had imagined it to. I guess it’s all ‘muscle’ memory but for musicians some material never really leaves you. We toured a LOT while we were together and played these songs so many times I guess I’m not surprised they came back to us so easily, it was a real special moment sitting with the guys again, having a laugh and hearing these songs played after so long”

The band are clearly looking forward to the gig with Ruairidh Duncan commenting “After nearly 3 years of not playing together, I feel it’s right to play this show. In the end we’re all best of friends and to have this opportunity to do this, we’re all eternally grateful….”

The gig takes place on Sunday the 18th of June as part of the 10th birthday celebrations for  Hootanannys.