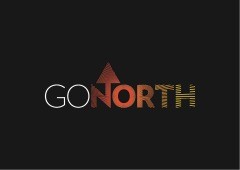 We asked our contributors who they would recommend from the GoNORTH 2013 line up, here’s where we got to….

In 1970s Billy Connolly was a singer who mixed songs with comedy. He went on to worldwide fame and married one of the funniest woman of his era in Pamela Stephenson. All things being equal, a similar fate will befall fellow Glaswegian Shambles Miller except he will marry Miranda. Shambles engages an audience through songs which make you laugh, but equally have a more thought provoking message within. He did this quite brilliantly at Brew at the Bog, and no doubt he will do it again at Go North. 5th of June, Market Bar, 845pm.

Poor Things are a three-piece originally from Perth who have been putting in a power of work recently raising their profile. Their infectious brand of melodic indie rock is wowing crowds and gaining them notable support slots and airplay. Their high energy performance will no doubt bring some new admirers when they open the Netsounds Stage at Auctioneers on the Thursday night. Looking forward Poor Things third release “Hurricane Poor Things” is released on 10th June via Vinyl Richie Records. 6th of June, Auctioneers, 830pm.

Fat Goth seem to be everybody’s favourite band at the moment, and you will hear people waxing lyrical about their performance at The Market Bar at goNORTH last year . It is a surprise that we have not seen a return of the punk/pop/rockers to the area in the interim but they are busy guys having released second album “Stud” earlier this year, with Kerrang championing the band at every turn. If the hype is to be believed Fat Goth are destined for big things, we don’t disagree so get along and have a blast.  5th of June,  Phoenix Bar, 1130pm.

Protection Patrol Pinkerton, is a wild card by all accounts, the five piece pop indie  from Belgium will rely on word of mouth to ensure a good crowd of goNORTHers. . They acknowledge influences such as The Strokes and the Arctic Monkeys their catchy tunes will have you dancing with a depth of lyric that reminds us of The Beautiful South for a Vampire Weekend generation. See our interview with Protection Patrol Pinkerton. 6th of June, Blackfriars, 10pm.

Red Ronson will have you reminiscing of that fabulous Glasgow based fey punk-pop scene that was so vibrant during the late 80’s. That is of course if you’re old enough – and if you’re not then rest assured that they have refreshed and rebooted that classic period and produced an utterly contemporary sound all of their own. Well received (and enthusiastically reviewed) at this years Easter Showcase from the Ironworks, their debut single ‘Paper Statues’ is flirting with chart success, and this ahead of their scheduled appearance at the Belladrum Tartan Heart Festival in August. 5th of June Hootananny, 8pm

The Broken Ravens having already impressed at Mad Hatters and they’re sure to put on a good show again when they return for Go North. Describing themselves as a ‘Headbanging, Footstomping, Rip Roaring, Fireball of Fuzz’, the four piece rock (or should that be ‘rawk’?) act from Stornoway will melt your face off with crashing riffs and pounding bass lines. 6th of June, Phoenix Bar, 8pm.

The Boy Who Trapped the Sun – I’ll admit I’m wearing my Island loyalties on my sleeve by going with another artist from Lewis! The Boy Who… aka Colin Macleod has been called “a ray of musical sunshine” by Metro and a  “Stunning, disarmingly honest…a genuinely talented songwriter” by Clash Music. He plays whimsical folk pop that’s perfect for soothing the soul after a long week in the office. New song ‘California’ with the accompanying video featuring surfers on the West Coast of Lewis indicates that he’s not straying too far from the formula set on debut album ‘Fireplace’. See our recent review with The Boy Who Trapped the Sun.5th of June, Ramada Encore, 1015pm.

Jemma Tweedie – Although Jemma only started performing last summer, she has already built up a high music profile and has played HEAPS of gigs all around Britain. Included in these are support for Billy Lockett and also for Charlotte Church. Not long after her introduction into the music industry, she released her first EP ‘Two Hands’ which includes ‘Drunken Coastal Town’ which was written about her (and also my) hometown Nairn. As well as playing Go North, Jemma will also be playing a Café Nero tour this summer throughout June and July. See our interview with Jemma. 5th of June, Ramada Encore, 8pm.

Miniature Dinosaurs – Who are from my original hometown of Stirling, are a four piece indie/ pop band who formed in 2010. They have just recently finished a mini-Scottish tour with Brown Bear and the Bandits and are now going onto record their debut album. 2012 saw the band win ‘Best Live Act’ at the SAMA’s and then release their third EP ‘Turn It On’ which features their most recent singles ‘Lemonade’ and ‘Next of Kin’. 5th of June, The Room, 9pm.

Willie Campbell, formerly of Astrid is making a rare solo appearance at this year’s Go North. Willie fronts his own project “The Open Day Rotation” with bases in both The Western Isles and Glasgow. His brand of anthemic folk pop is reminiscent of all that is good in hooky acoustic styled music. A second album “Toxic Good Toxic Bad” was released last year to criminally limited acclaim – the songs move from sublime acoustic to driving guitar led sing-alongs and should be roundly welcomed by all.  6th of June, Ramada Encore, 11pm.

We will be tweeting quite a bit from the festival catch us at @InvernessGig and you please catch our other goNORTH 2013 news.