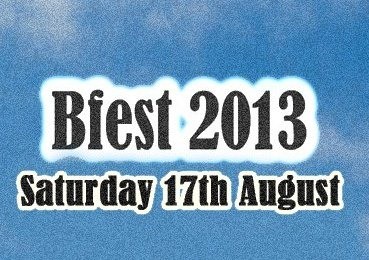 Bfest 2013 have identified The Commitments as the headline act for this year’s festival, whilst also naming a strong list of Highland talent to join the bill.

It’s strange to think that there are a generation of people old enough to drink, but not old enough to remember the impact of the Alan Parker directed film, The Commitments, had at the time. It is unsurprising to note that 16 million copies of the sound track were sold off the back of the film based on the rise and fall of an Irish soul band.

Since the release the band have been touring, fairly relentlessly, in various guises, and have seen them play with the likes of BB King and Wilson Pickett. Expect a sing-a-long of soul classics from ‘Dark End of the Street’ to ‘Mustang Sally’ and pretty much everything in between.t’s strange to think that there are a generation of people old enough to drink, but not old enough to remember the impact of the Alan

As in previous years BFest are strongly supporting the local music scene with Gales, The Vandal, Jamie Reid, Cactus & Cardigan, Sid Davidson and Sheppy joining the billing. From a little further afield are Inverness based bands KOBI, The Oxides,Toby Michaels Rolling Damned and returning James Mackenzie.

You can see more about the festival via the BFest Facebook page.

Please also check out our review of BFest 2012, whilst seeing what acts have also been announced for BFest 2013.