Texas are to play Inverness Leisure Centre as part of “The Conversation” tour on the 10th of November, 2013. 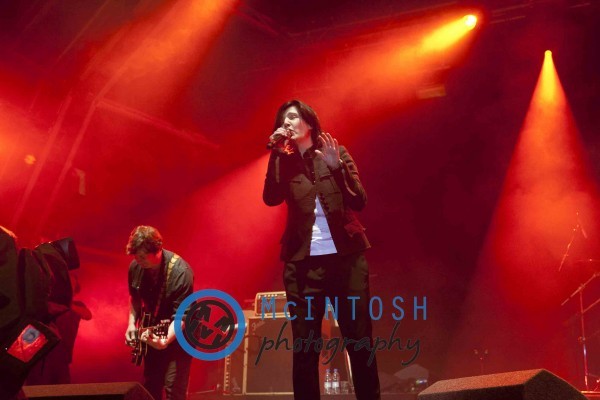 Twenty-five years in the business, Texas are celebrating by touring with new album, ‘The Conversation’. The new album is the first for the band in eight years is described as “a perfect marriage of Hawley’s 50s rock’n’roll frills and the timeless Texas magnetism to cast-iron melodies”. Texas’ lead singer and guitarist Sharleen Spiteri said: “We’re really excited to be playing in Inverness, as part of our UK tour. It promises to be a great night, with performances of some of our greatest hits as well as our new material.”

So without doubt the band will be playing their classic hits including “”I Don’t Want a Lover”, “Halo” and “Say what you Want”.Their response from the audience at Belladrum 2011 shows that there is a clear apetite for the band in the Highlands.

The gig is part of the Live in The City series of which Rick Astley has already been announced.

See our pictures of Texas from Belladrum 2011,by McIntosh Photography, below: