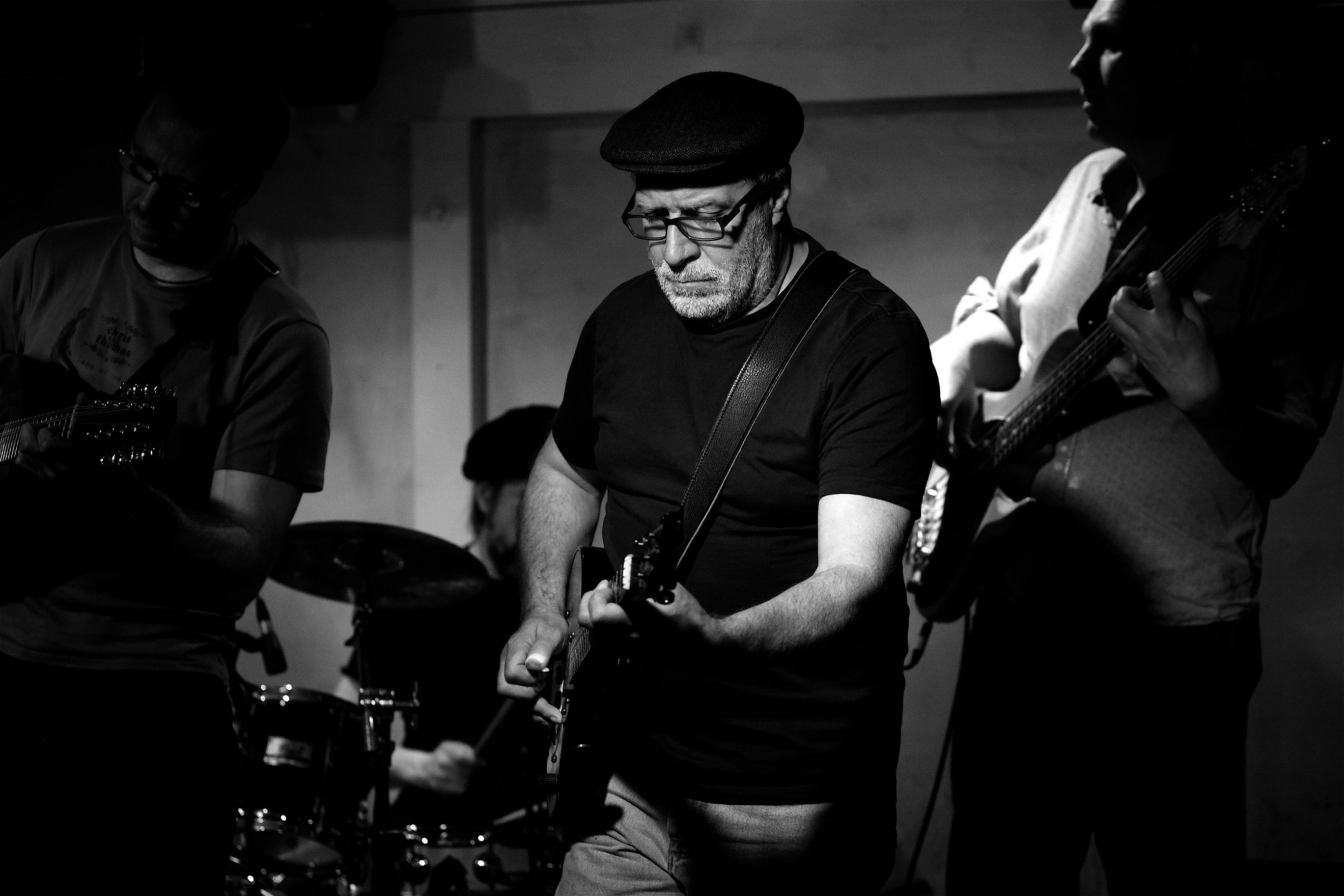 A review of Shooglenifty with support MIR at The Picture House, Dingwall, Friday 3rd May, 2013.

Easter Ross has been crying out for a good-sized venue for some time, and Joe Sweeney at The Picture House in Dingwall has answered that call. Plans are well under way to revamp this venue which is much bigger than I had appreciated. It has a good variety of ‘spaces’ to cater for all tastes and a license that allows for accompanied 16 year olds to get access to performances they might otherwise have to wait a few years for. So it’s a crying shame that more people didn’t venture out for tonight’s double bill. 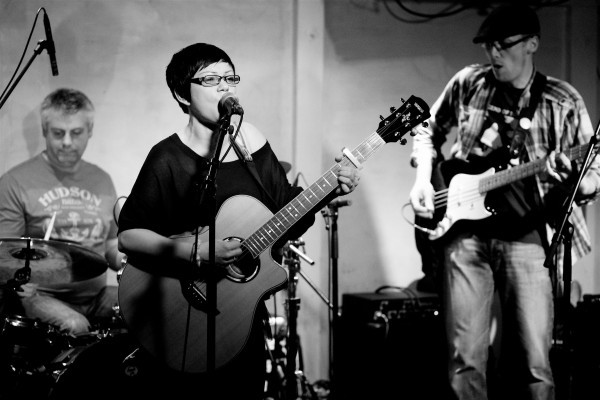 This is the second sighting of MIR in a week and I have to say I was pleased to see them. In a review of last week’s performance at The Eagle I was impressed by the sheer joy they take onto the stage with them. That is still very much in evidence this evening but the same set tonight had a far more refined quality about it, from somewhere they have found a different gear. Bass and drums are as tight as ever from Sheep and Chris while Chippy’s guitar work just has to be admired and tonight Mir’s voice had a particularly bluesy quality about it.

You get the feeling from some singers that they save it for the performance, with Miriam Campbell you get a sense that here is someone who just loves to sing – all the time. Tonight they were as comfortable on stage as I have seen them and while their brand of bluesy rock and roll has been described as ‘pubbier’, I’m pretty certain that’s what was said about the Feelgood’s; isn’t it? 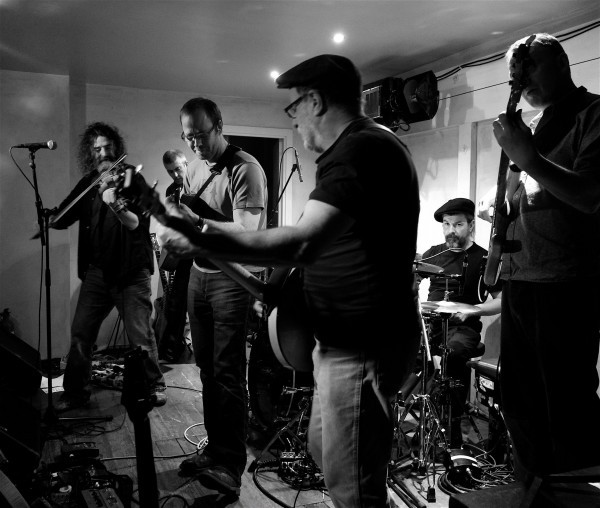 The main act is quite possibly the most transgenre band in existence. Described as ‘acid croft’ and ‘hypnofolkadelica’ (you get the idea), Shooglenifty turned out in Dingwall on an absolutely rotten evening – there was snow on some cars; I kid you not. Despite the weather, you would have thought that the town that ignored The Beatles would have learned its lesson: sadly no. But if that troubled a band who are reputed to have sparked a stage invasion at The Sydney Opera House then you wouldn’t have known.

This was a mighty fine set. Licks become riffs become grooves and you’re off on a multi-layered, syncopated, psychedelic hypnotic trip: they stop playing and your back in the room. Except maybe Luke Plumb the mandolin player, there’s a guy with all the intensity of a man who holds titles in several countries for winning staring contests. Take him on if you like, you’ll lose. And this is a set that has been on the road with him.

Alongside the more typical traditional influences from the northern hemisphere there are a fair few postcards from the middle and far-east. And it all works so damn well; they are utterly adept at ensuring a musical democracy with no one particular instrument dominating. Maybe it’s that instrumental nature of the band that some folks have trouble with – I simply don’t know. There is only one microphone and that’s for fiddle player Angus R. Grant to have a chat with us now and again: a man who communicates a sense that he is not so much into the idea of a flat earth, but a flat universe. Grant and Plumb are joined in that universe by Quee MacArthur on bass, James Mackintosh on drums, Malcolm Crosbie and Garry Finlayson on guitar and banjo respectively. 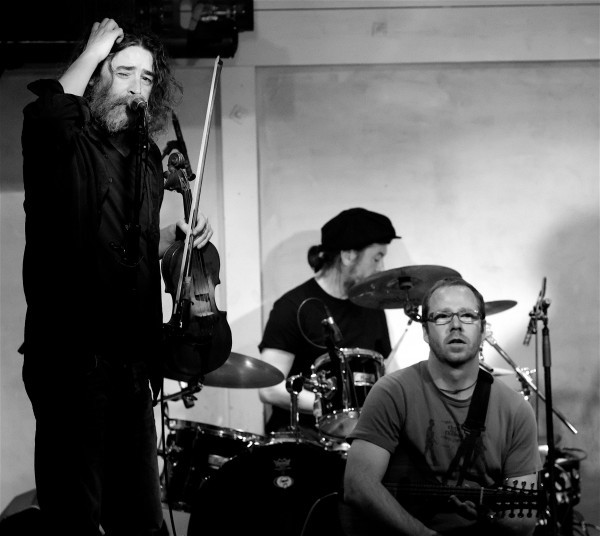 This set visits all of their albums to date including their most recent (2009) release Murmichan from which we get (among others) ‘The Road to Bled’ and ‘The Dancing Goose’. Rewind 15 years to their first release Venus in Tweeds and we’re treated to the title track from that album along with ‘Two Fifty to Vigo’ and ‘Tamminorrie’. Other highlights as they spin through their discs include ‘Bjorks Chauffeur’, ‘Delighted’ and ‘Troots’ to name but a few – I could go on.

I have no idea if there is an exchange rate mechanism for entertainment; I for one think that £12 to catch a band with an international reputation, a career that spans 20 years and a formidable reputation for live performances is far more value for money than say for example watching a football match on a terrible pitch about a mile away for £26. Since BBC Radio Scotland dropped its Gardeners World programme on a Sunday there just hasn’t been enough Shoooglenifty in my life, I needed this. They are currently on tour with more dates left around the country and, of course, festival dates to follow. Get up, get out and go see them.

You can see our last MIR review.