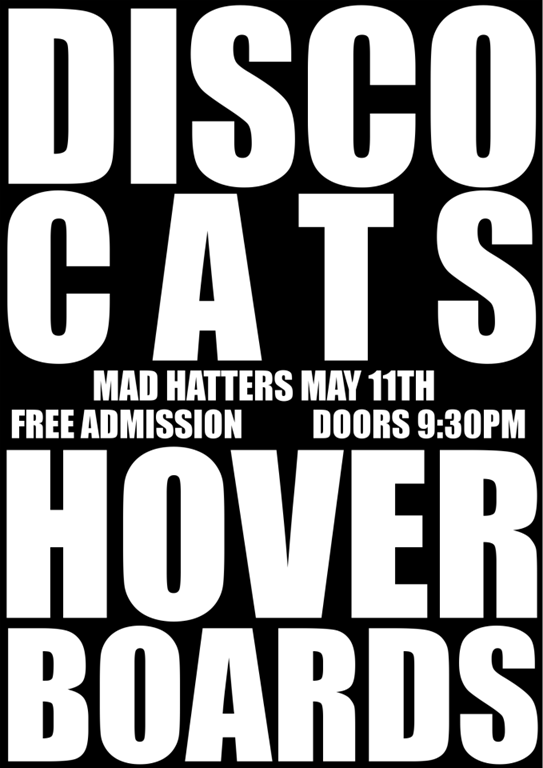 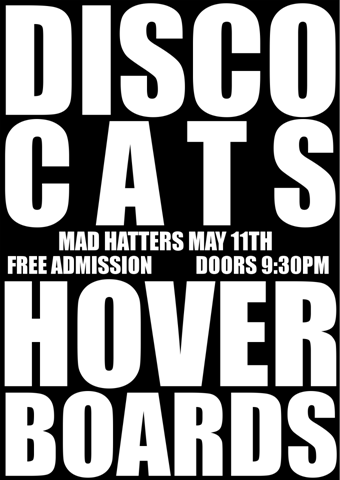 Hoverboards are a 5 piece pop/punk band based in Glasgow, who I’ve seen several times, pulling the whole crowd onto their side during their shows, with a frenzy of sing-alongs and clapping. They have played venues in Glasgow such as BOX, Ivory Blacks, Pivo Pivo and Maggie Mays. They are a very pro-active enthusiastic band, with a lot of potential and passion from lead vocalist (and occasional bassist) Craig Kelly, guitarists Eddy Mackenzie and John Tilbury, drummer Matthew Doyle and Robyn Wilkinson on bass. This will be the last time to see the band for a while after recently announcing that they are taking an indefinite hiatus at the end of May.

I caught up with the guys ahead of their show at Madhatters next week.

This will be your first Inverness show since the band started; how excited are you to be coming up?

Pretty damn excited! Craig and Eddy are both from Inverness, so having the chance to go back home and play in the place they saw loads of great bands themselves is a really good opportunity! We’ve played loads of fantastic shows in Glasgow to some amazing crowds, so getting out and playing a new place is going to be awesome!

You’ve been really busy so far this year; what has been your highlight?

Craig – My highlight of the year so far has been sorting out all these amazing gigs but my number 1 moment is hearing a full crowd sing back Ridiculust at us when we supported The Headstart.

Eddy – Meeting so many great people who enjoy what we do as a band and have a kickass time with us!

John – The Headstart gig. Everything came together. We had written a bunch of new songs and it was the first time we played them and everyone liked them. The gig as a whole had such an amazing atmosphere.

What are your plans for the rest of the year?

We have a new EP coming out at the end of May which we are having a launch party for in Nice’n’Sleazys in Glasgow. We’re also hoping to play a couple of festivals this year and travel around for the summer. (answer given prior to their Facebook announcement – see above(ed))

If you had one sentence to encourage people to come to your show, what would it be?

Hoverboards will be playing at Mad Hatters on May 11th along with Disco Cats, An alternative rock band from Beauly.

Keep up to date with Hoverboards.