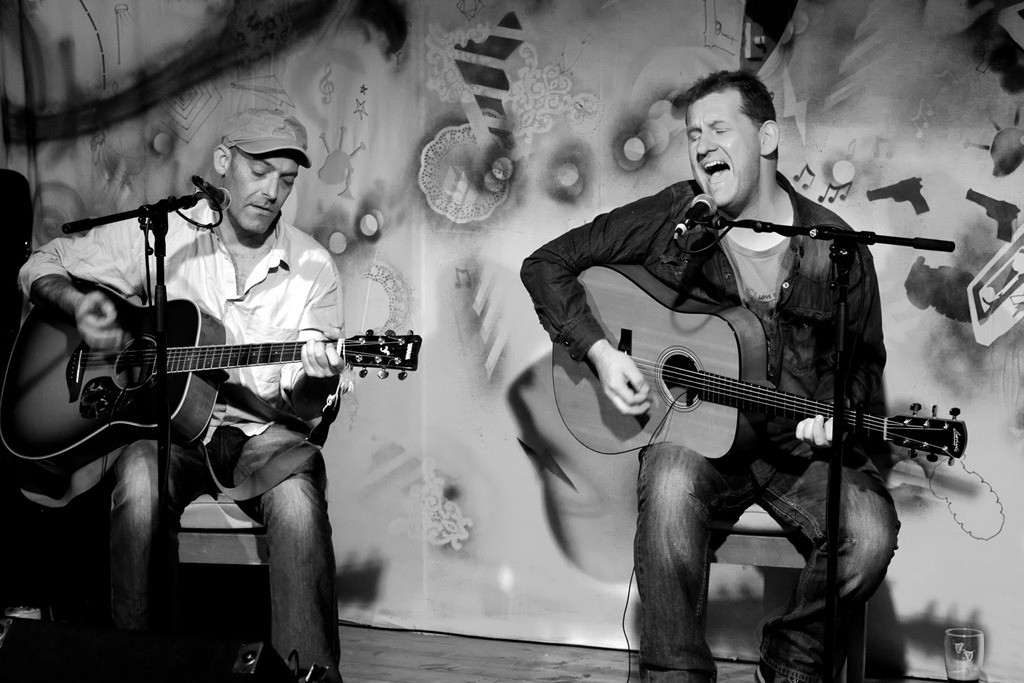 A whistle stop tour of the goings on at Hootananny, Inverness on the 25th of April, 2013. 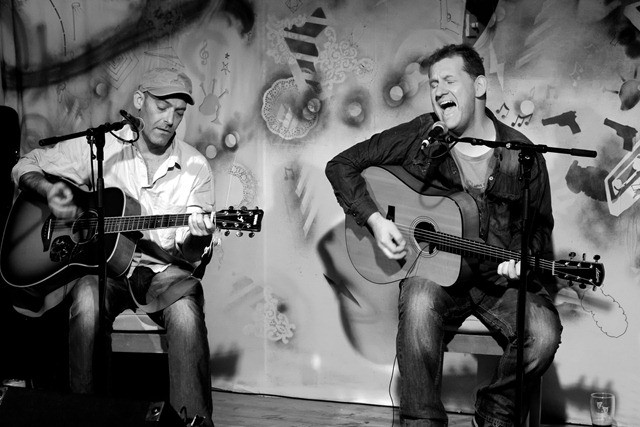 It was a busy night at Hootananny’s in Inverness on Thursday. Upstairs in The Bothy saw the first in a series of events under the banner of Carnivale. An ideal venue for this stripped down singer-songwriter format with four acts performing two two-song sets. This first evening treated us to Robin & Derek (from The Lush Rollers), Iain Mclaughlin, Hamish Roberts and, from Bristol, Patrick Duff. Actually Patrick was given four songs in the second half in recognition of this being part of his mini Highland tour. This looks like being a great series and I’m looking forward to seeing the line-up for the next one.

Maybe it’s because some of my favourite bands have girl drummers – Mo Tucker, Lindy Morrison (but not Karen Carpenter). Or maybe it’s that they are the best thing to come out of Largs since Gallagher & Lyle or Daniela Nardini. And then again it might just be that my Clydeside roots are showing, but; these guys were my favourite act of the evening. Currently receiving very encouraging press, have a look at their recently released first single Olive Tree on YouTube. They are no strangers to Inverness and I’m guessing they’ll be back, so watch these pages because they are well worth taking the time out to go see. Brown Bear and the Bandits are Matt Hickman (lead vocals, guitar), Stuart McArthur (bass, backing vocals), Kay McLaren (drums) and Paul McGranaghan (guitar, backing vocals).

See some of our photos of the night below. just click on them to see them in more detail.

Brown Bear and the Bandits have recently been announced on the BFest 2013 line-up check out who else is playing.