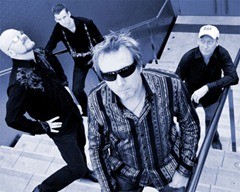 Wishbone Ash return to the Ironworks, Inverness, on the 26th October, 2013.

Wishbone Ash achieved success in the early 1970s. They were one of the first of many bands to come who used twin lead guitars. Since 1995, the band have continued with mixed critical and commercial success, changing members on several albums.

On 25 November 2011 Wishbone Ash released their 23rd album, the well received Elegant Stealth, which is also the first album to be recorded by the same line up as the predecessor since 1989.

The band play the Ironworks as part of their world tour when you can watch them perform such classic tracks from their multi-million selling albums as The King Will Come, Throw Down The Sword & Blowin’ Free.