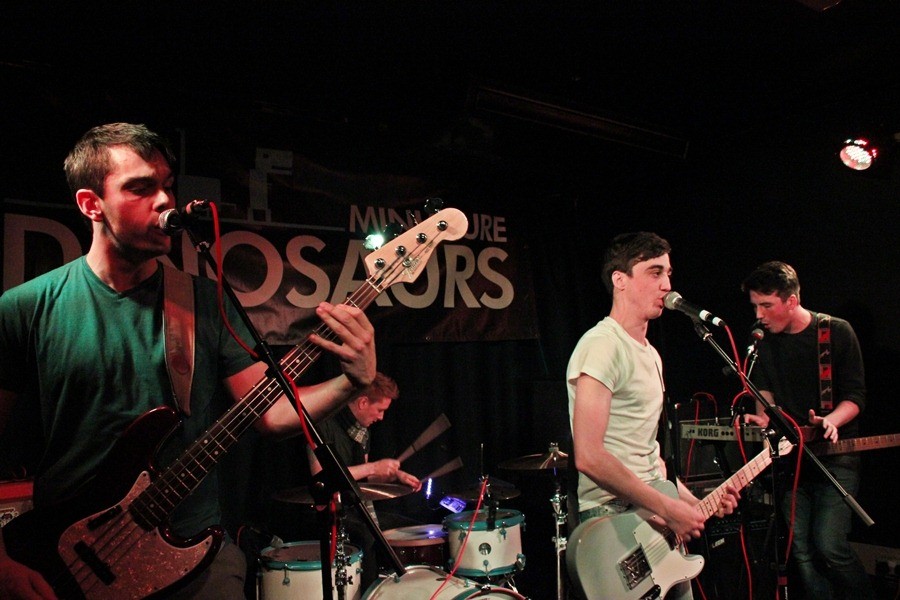 On Thursday the 25th of April, two emerging Scottish acts in Brown Bear & The Bandits and Miniature Dinosaurs, will be heading to Hootananny in Inverness. 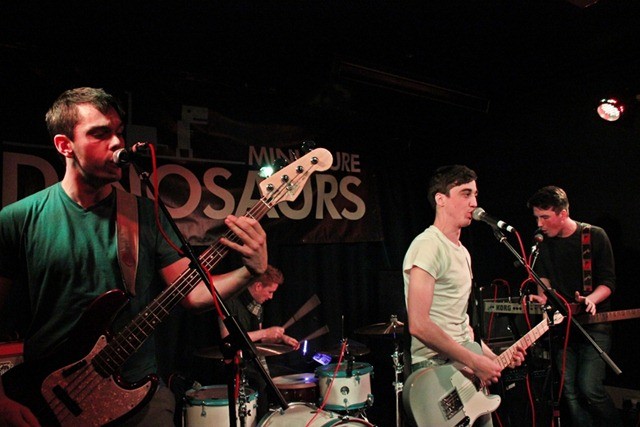 Brown Bear & The Bandits along with Miniature Dinosaurs are joining together for a 4 date co-headline tour, where they will be alternating the last slot of the night, taking them to Inverness, Glasgow, Dunfermline and Edinburgh.

Brown Bear & The Bandits are a 3 piece band from Largs who have been making a good name for themselves and picking up pace, recently having played on the main stage at MV Festival. Their debut single, “Olive Tree” was released on 25th of February and got airplay across many British radio stations, peaking with it being included on BBC Radio 1’s Introducing playlist. Their acoustic and country influenced style, along with drums and funky bass lines are sure to please the crowd at their first Inverness performance of 2013.

They won Best Acoustic Act at The 2012 Scottish Alternative Music Awards, where they also played, and released the debut E.P ‘Truth or Dare’ in March 2012. 2012 also saw them play festivals such as Massilia Rocks, T in the Park, Belladrum and Loopallu; assuring me that we will see them on the festival circuit again this year.

Sharing a management with the above band, Miniature Dinosaurs have also been making a name for themselves. They very impressively managed to get BBC Radio 1 airplay 3 months before their first gig, and have toured extensively round the UK, supporting acts such as Fenech Soler, Twin Atlantic and Johnny Foreigner. In 2011, the 4 piece band were signed to Electric Honey, a label ran by Students at Stow College who kick started the careers of highly prestigious acts such as Belle & Sebastian, Snow Patrol and Biffy Clyro.

In 2012 they then signed to Integrity Records, boasting a roster of acts including Reuben and Frank Turner’s old band, Million Dead. This indie pop band from Stirling have impressed live, showing they are not ones to be missed with their nomination in the 2012 SAMAs for “Best Live Act”.