A review of the monthly Glachbeg Folk Club on Tuesday the 16th of April by Iona McPartlin.

It’s the third Tuesday in the month again which means time for another gig and open mic session at Glachbeg Croft Folk Club. Performing this month were Ross-Shire band H Chord and Woodland Roots and a number of open mic singers.

Starting off the night was Searching For Donkeys who are an indie/ rock band from Inverness.  The band is made up of Graeme Gilchrist, Gordon Ross, Colin Larkman, and Barry MacFarlane, although Gordon Ross wasn’t at this gig. They started off their set with ‘Kitty’s Favour’, moving onto ‘No Need’ and then finishing with ‘Wake Up You Pansy’.  They will be playing gigs throughout Scotland in the coming months, check their facebook page out for details.  They are also about start recording soon so really looking forward to hearing that when it is completed. 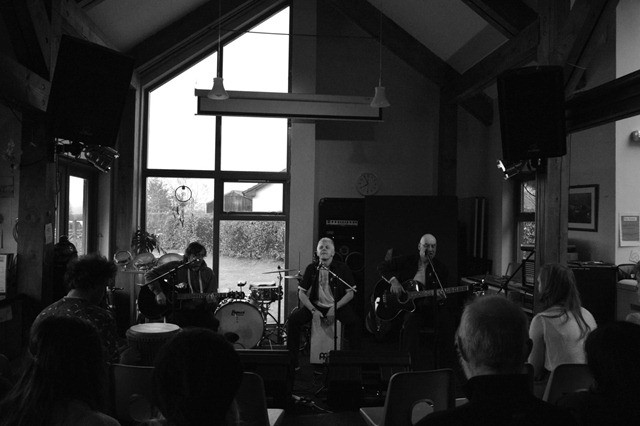 Next on was All The Colors, who are a rock band made up of Dave McIntosh, Mark Allison and Joe Macrae. The band performed two of their songs ‘Say What You Wanna Say’ and ‘Read All About It’. This was just like a taster of their music before they return to Glachbeg next month to play a full set on May 21st.

Open mic regular Howard Swindells performed three cover songs including Jake Thackray song ‘The Blacksmith and the Toffeemaker’ and a cover of ‘Penny Lane’ by the Beatles.  In addition to playing open mic sessions, Howard is famous over the Highlands as the “mobile library vanman” and is going to be featured on BBC’s Landward  on 26th April 2013!

Next on was Aye2Aye who are a two piece band from Inverness, made up of Elizabeth Garrow and David Newsome. They played a couple of ballads, although they are also known to play country, Americana and bluegrass. They have also just been told that they have been confirmed a busking slot at Belladrum this summer which they were really happy about. 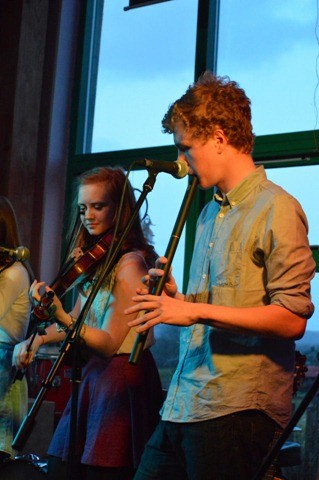 H Chord were on next who are a traditional/ folk band from  Ross-Shire. The band formed after attending the annual Feis Rois together in Ullapool. Izzy Macleod decided to put the band together and it is made up of Izzy Macleod, Finlay Murray, John Munro, Chloe Bryce, and Seumas Barker. The band play many different types of music and incorporate different styles. During their set they played a mixture of reels and jigs with a more up-beat and contemporary sound.  If you like Treacherous Orchestra and Hoodja then you will love H Chord, they are certainly a band to look out for! 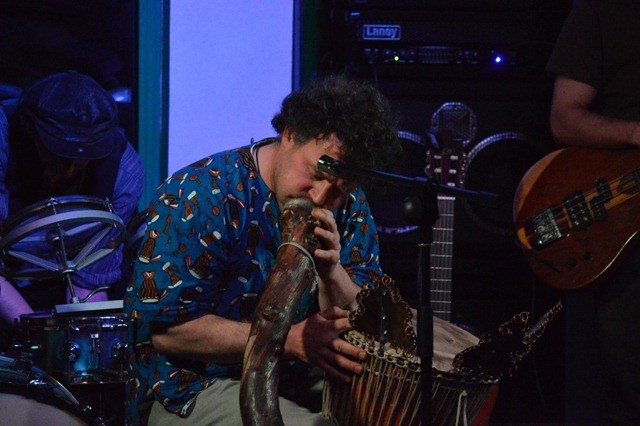 After a quick tea break Woodland Roots came on. The band have grown out from the Woodland Orchestra and is made up of Henry Fosbrooke, Patrick Cooper, David Chaplin and Ian Maclennan. They started off their set with Henry playing the didgeridoo and drum. They then moved on to play ‘Wolf and the Beaver’. In the middle of their set Henry decided to start some audience participation, splitting the room in two and making one side sing ‘I really Love you’ and the other side sing ‘I love you too’ which was entertaining! Their music covers a lot of different genres including acoustic, experimental and jungle! I think they also had quite a reggae and tribal sound.

Glachbeg Croft Folk Club night is held on the third Tuesday of every month from 7.30pm until 10pm (ish) , the next being May 21st 2013 when All the Colors and Red Hook Rapids are scheduled to play, it is definitely a great opportunity to listen to a wide selection of great music!

You can read more from Iona at her blog Gignmix.