Blues band Nine Below Zero make a trip to Mad Hatters on the 22nd of May. 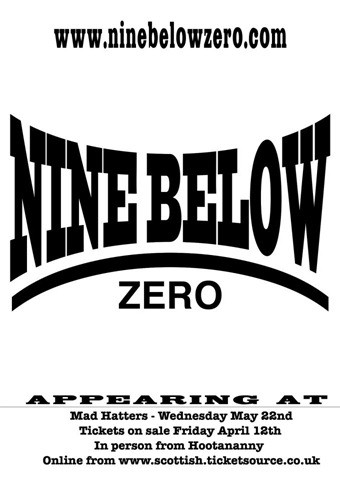 The London R n B band borne out of the Seventies and reformed in Nineties have drawn similarities from the early days of the Kinks and Dr Feelgood.Whilst their debut album, Live At The Marquee, was seen as “capturing perfectly a searing live sound that fused the energy of the early Stones with lashings of punk attitude” their current resurgence has seen them consolidate and build their fan base.

From reviews they certainly do not  deny their past however they continue to produce new material and push forward and even more impressive considering the 35 years that the band has been in existence.

Get your Nine Below Zero tickets.