Estrella have been announced as part of the support for Swedish rockers, H.E.A.T. when they play Stereo, Glasgow on 9 April 2013. 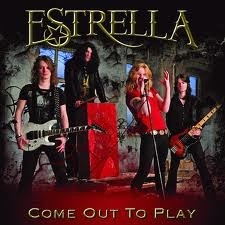 Following the success of Eurovision entry ‘1,000 Miles’ H.E.A.T. have come to be identified as one of THE best rock bands around today with their second album “Freedom Rock” being recognised as one of the Top 10 AOR/Melodic Rock albums in 2010.

The recent announcement for Estrella marks a remarkable start to the year for the Caithness rockers following confirmation of appearances at  Hard Rock Hell AOR Festival, the HRH Road Trip to Ibiza Festival, Skyfest and Les Fest.

Luke Gunn, the band’s lead guitarist commented on the announcement:

“We’ve had an amazing time (over the past year) the highlight though was supporting USA Rock Musician Robin Beck, who had the No 1 UK Coca Cola commercial hit “First Time”, on her eleven night tour of Germany, Switzerland and Austria! We really learned so much touring with Robin’s band and have made some great life-time friends. Landing the support for a top rock band like H.E.A.T was very much one of our aims for this year, we are really looking forward to performing with them!”

Tickets can be bought for the gig via Estrella.