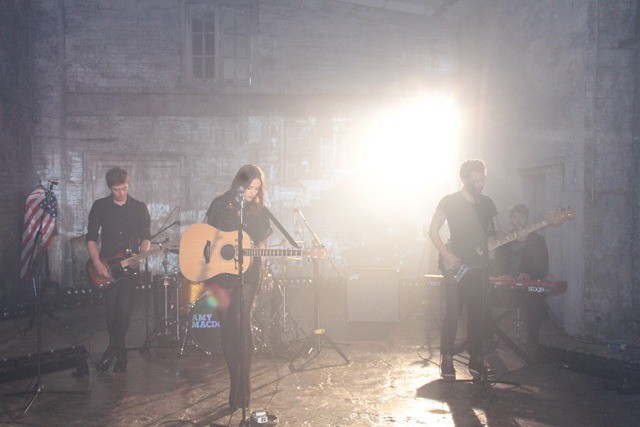 Amy Macdonald, KT Tunstall, Dexys and Bellowhead are amongst the acts announced for Wickerman 2013.

Following on from the announcement that Primal Scream will headline Friday night at Wickerman, the festival have announced that it will be sing song writer Amy Macdonald who will headline the main stage on the Saturday night. Having sold in excess of 4 million LPs and with the release of her fourth album last year a sing and strum-a-long, like her plaudit winning  Belladrum performance in 2010, is certainly on the cards.Amy Macdonald said “I’m really looking forward to headlining the Wickerman festival this year as I love being able to play in Scotland and I have heard the Wickerman audience are a great crowd to play for. There is always a great atmosphere so I am looking forward to a great evening together.”

With three albums in the bag and a clutch of indie anthems, Coventry based,The Enemy are another firm bet, for a sound performance. Who will be joined on the Friday night with another singer song writer, K T Tunstall who returns from an 18 month hiatus as she finalises material for her forthcoming fourth album.

Dexys,  a reconstituted form of Dexys Midnight Runners, will perform their acclaimed show “One Day I’m Going to Soar” (the album in its entirety, in sequence) plus a few Dexys favourites. Festival favourites and serial best live band winners Bellowhead will be adding to the eclectic main stage line-up. As does eccentric singer-songwriter King Charles, Glaswegian band Holy Esque, Roddy Hart & The Lonesome Fire.

Festival Co-ordinator, Helen Chamberlain, embracing the diversity of the announcement said ‘Wickerman prides itself on offering festival goers a truly diverse line-up, so it is fantastic to announce acts that cross so many different genres of music. With Amy Macdonald, The Enemy and KT Tunstall joining already announced Primal Scream, we are confident that this year’s festival will be the ultimate summer party and we are looking forward to announcing further exciting line-up additions over the coming months.’

Our other Wickerman news.