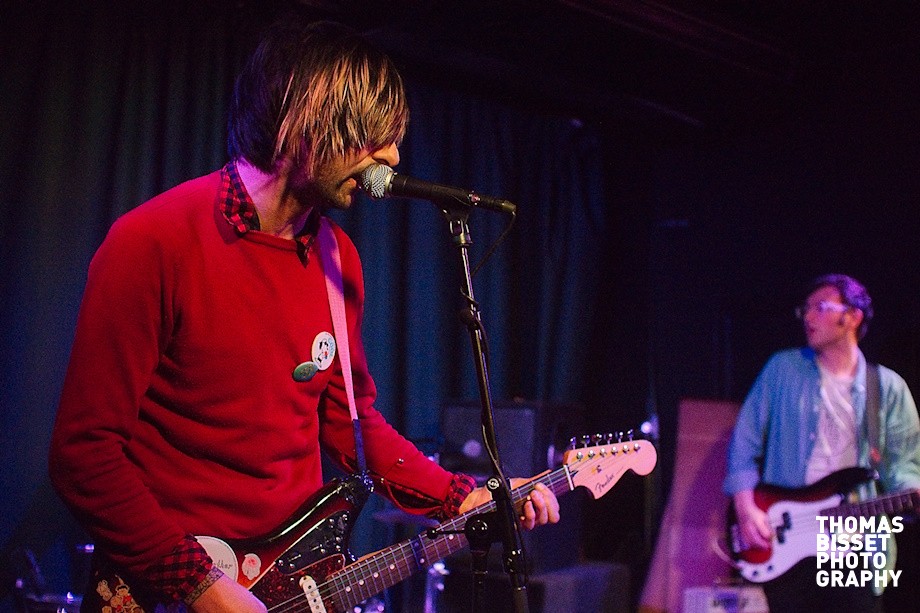 Thomas Bisset reviews and photographs PAWS, The Oxides and Cleavers at Mad Hatters, 16/02/13 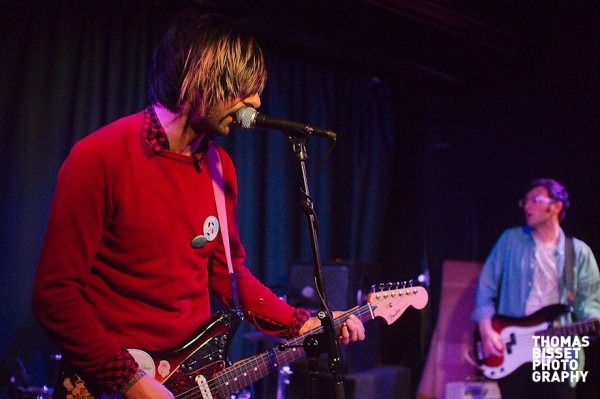 Okay, so I left it a bit late to start attending gigs this year. I’ve missed quite a few good ones so far it seems due to a mix of circumstance and apathy, so on this surprisingly mild Saturday night, it seemed to be a great opportunity to get back into things again. PAWS’ return to Inverness has certainly been a long time in coming, and it’s been even longer since I’ve seen them in action (for me, it was during the GoNorth showcase in 2011) but it seems they haven’t been forgotten as evidenced by the turnout at Mad Hatters. 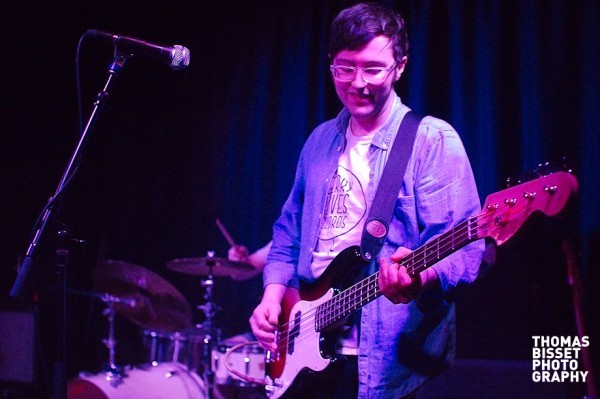 A difficult band to define their sound; PAWS seems to be described in the press rather loosely as a “punk” band – which I can certainly see and agree with to a point – but their new album “Cokefloat!” is a more personal, introspective affair lyrically, and much less cocksure in their music. Definitely not typical punk, and in this writers opinion, not terribly far away from the likes of A Place To Bury Strangers or The Horrors. 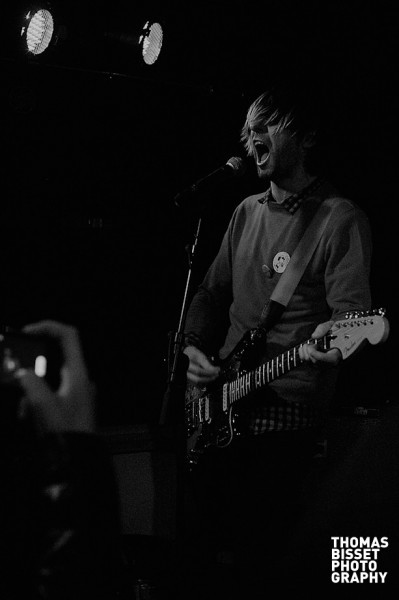 A couple of new songs made an appearance tonight, including one barely rehearsed number, with lead singer/guitarist Phillip Taylor reading the lyrics directly from his notebook, delivered so damn-near flawlessly that you could have sworn they could perform in their sleep. There really isn’t much to criticise, in all honesty. 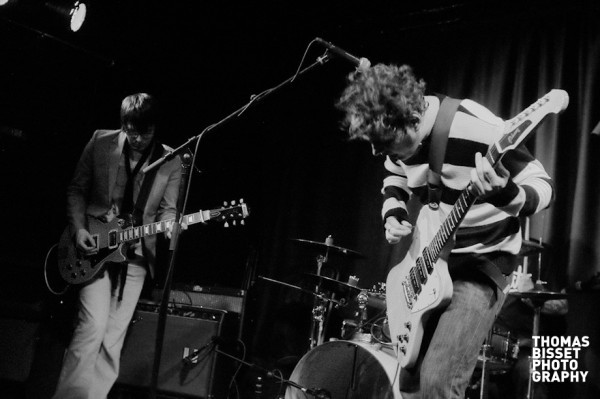 It’s a compliment that is easily extended to their support acts. The Oxides seemed a little cramped on the small stage, leaving the normally animated Jake Bolt a little claustrophobic it seems – definitely a man gunning for the bigger stages. Despite this, their set was probably about the best I’ve seen of them; with more bite in the vocals and a much fuller, heavier sound than the recorded material (I’m guessing the latter is in part due to a certain Outsider joining the fray) they’re certainly well worth checking out. 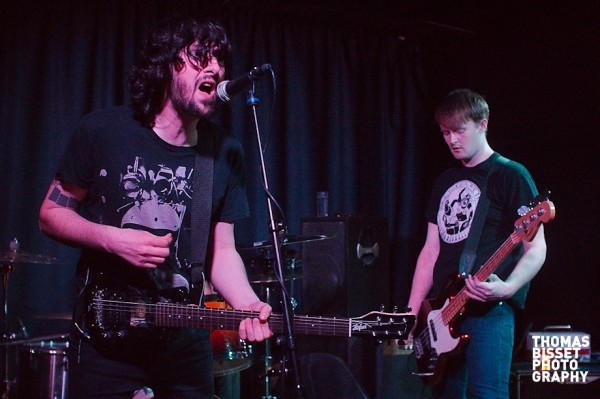 Cleavers are about as predictable as they are mild-mannered, unassuming and discreet – and they’re all the better for it. The virtually empty merch desk confirmed my thoughts that the mild-mannered Elgin band did a rather good job of putting the earlier transportation issues behind them and delivering a typically mellow performance, with little fuss or fanfare.

And to think that people actually turned away when they were asked to pay six measly pounds to get in? Madness, I tell you; poor folk missed out on a rather good evening of music.