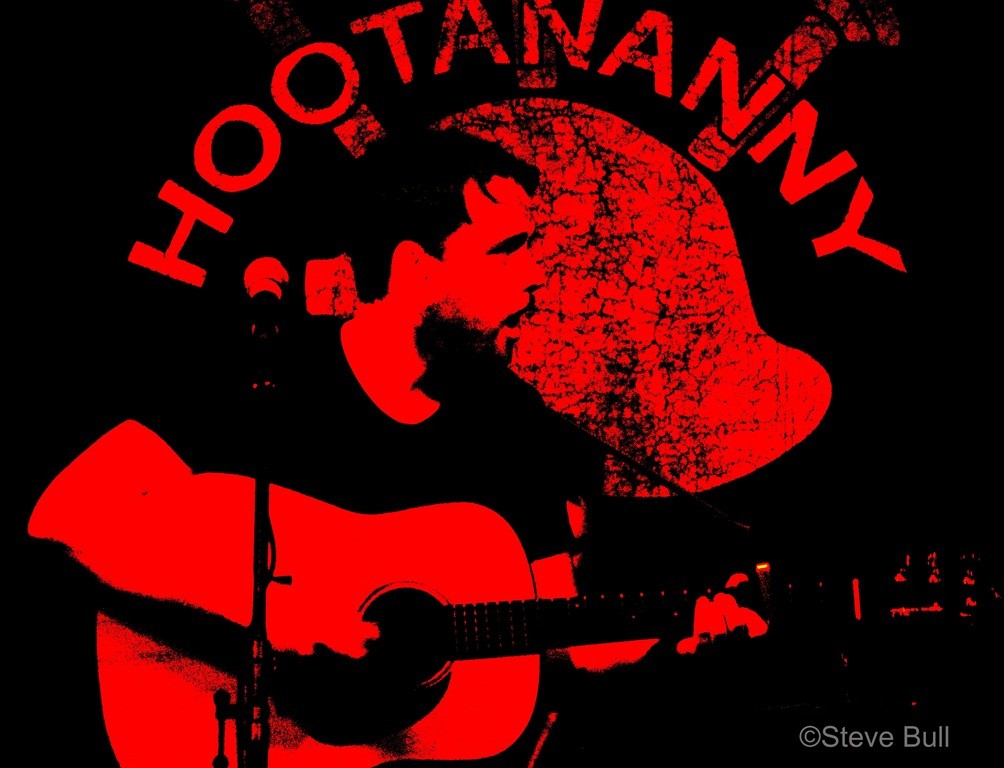 A review of Michael Cassidy (with full band) with support from Barnaby Bennet and Craig Robertson playing Hootananny, Inverness on Sunday 10th of February. 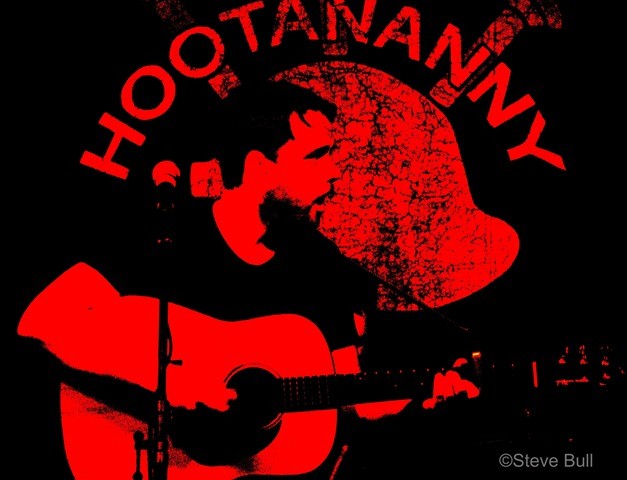 The music of Ben Howard, softly playing during the intervals, very aptly assisted the often rowdy Hootananny, tonight very relaxed with the majority of the punters there to listen intently to the entertainment on offer, and a pleasing number of them there were, for a  Sunday night. 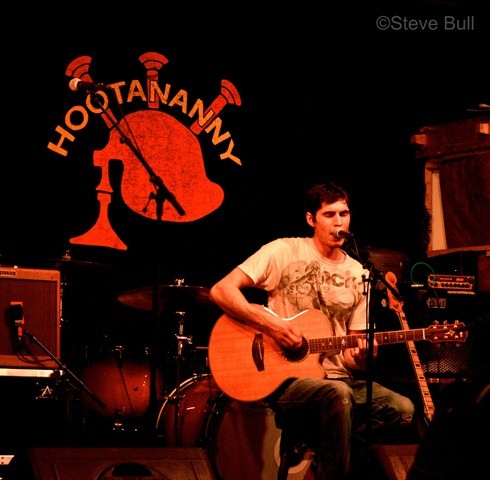 First up was local support act, Craig Robertson. This was the first time I had see ex-The Frues singer without the support of his band, and it was a very solid set, full of all new songs along with an individual cover of Ray Charles’ “Hit the Road Jack”. 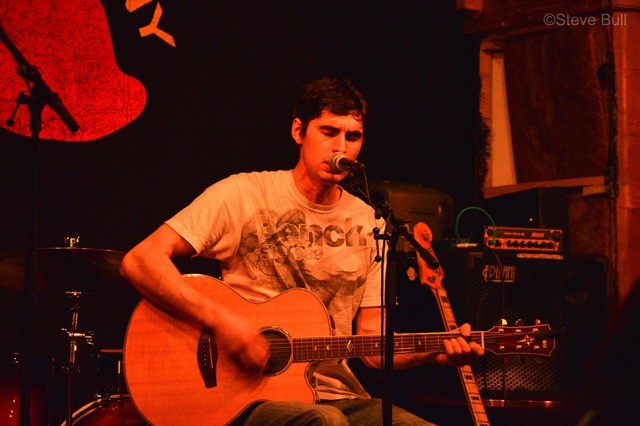 It was interesting seeing what Craig can do on his own, and I was impressed by his song writing and musicianship.  I look forward to seeing what he can do in the future and the “One more tune!” call from the bar, followed by a nod from the stage manager sums up my feelings on his set. Craig has the intention of continuing both playing solo and starting up a new band in the near future.

Next up was Barnaby Bennet, a Canadian on his first trip to the Highlands of Scotland. 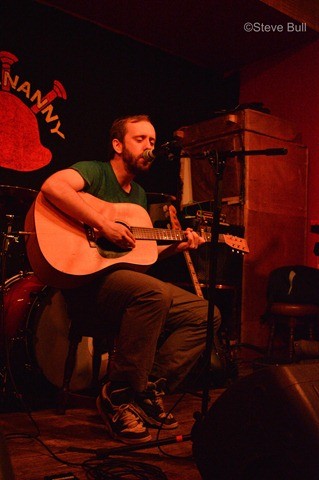 A very talented guitarist, but unfortunately (from a sound engineers perspective) a very soft whispering voice to accompany, he was very difficult to hear and to make a judgement about, however a listen since on spotify has reassured me of his abilities vocally and lyrically, although not to my taste. 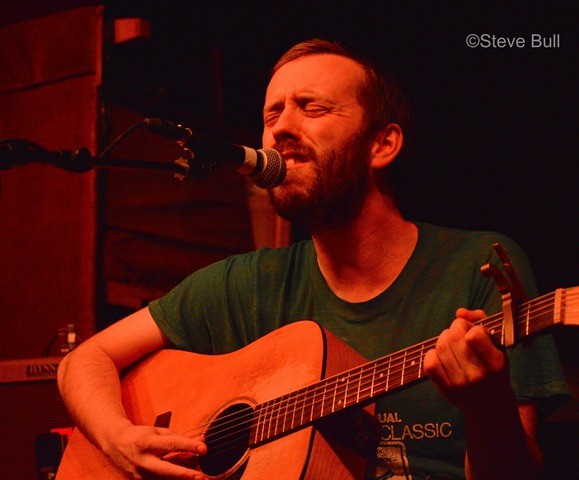 Despite not being to my taste, as it is a little, er, out of the ordinary, I think he is a name worth watching out for, especially if you are into “Modernist Psychedelic Country Doo-Wop Space Folk” music.

Last up was the folk pop singer songwriter from Paisley, Michael Cassidy. 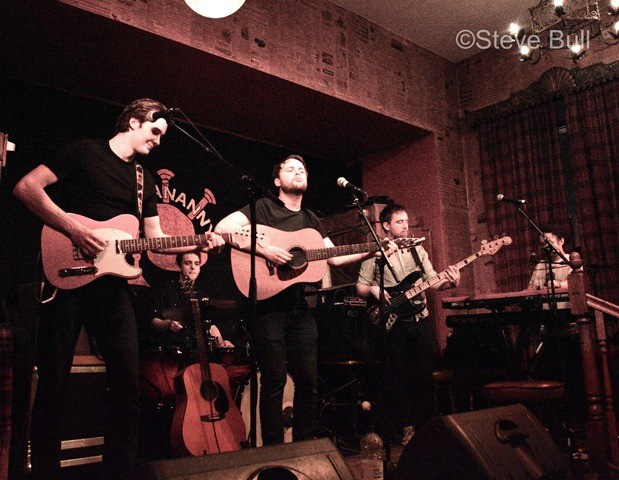 With him was a 4 piece backing band, of drums, guitar, bass and keyboard, and in them some familiar faces as session musicians around Scotland. You could hear imediately that they were well practiced from their tight start and their perfect vocal harmonies, and very early on proved that they were worthy of the headline slot for the evening. 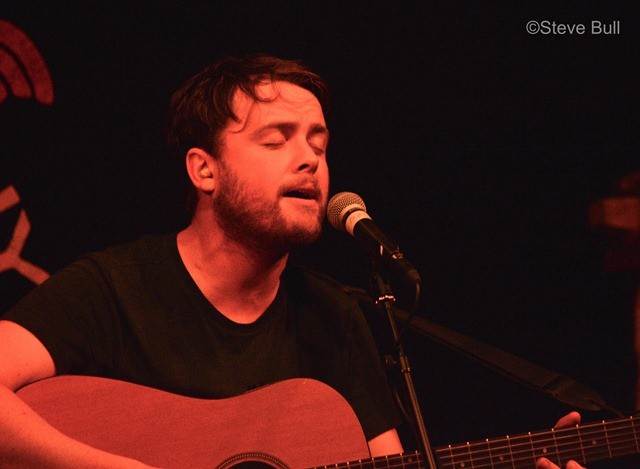 Half way through the set, his band left him for an acoustic track on his own, a few minutes which really showed off his vocal ability.

After his solo performance, his band rejoined him in a track with impressive 3 way harmonies, which to me almost sounded tribal, with a bit of Australia thrown in, with the keys throbbing in the background as a didgeridoo would. The track broke down into a drum interval, leading into the track “Meet You At The Corner”, with a very catchy chorus. During this penultimate track Michael broke a guitar string and had to carry on without the protection of his guitar, something very difficult for a lot of singer songwriters, but carried out well.

After a quick tuning of Michaels other guitar, they finished off their set with “15 Years”, a song with a very catchy musical melody and lyrics. I thoroughly enjoyed Michael and his backing band, and hope to see them/him again soon.

Next time you can catch Michael Cassidy will be at Brew at the Bog.