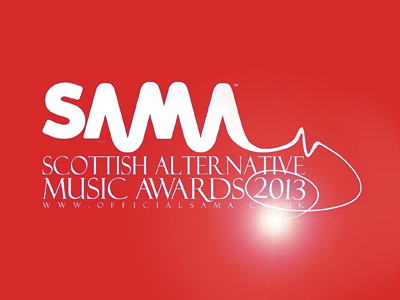 The SAMAs have been announced with a tip of the hat to some Highland talent; Jemma Tweedie, ROADWAY, CLEAVERS, Them & Us, Miss Irenie Rose and Team Kapowski.

The six acts, dubbed “Team North”, will compete, in their respective categories, at the fourth year of Scottish Alternative Music Awards. The Awards aim to provide a platform as well as
deserved recognition for the hard working and talented members of the Scottish music industry.

Founder and Creative Director of the SAMAs, Richy Muirhead commented: “The shortlist of nominees are excellent. I think this is a great opportunity for new and old music fans to hear an eclectic bill of artists from all over Scotland. Its an
exciting time for the SAMAs going into year 4, the music scene here is very much alive!”.

Nominations for the awards were made by regional judges teams and are going to be finally decided by the public vote (it’s like x-factor only without the rubbish). Competition will be tight with a fantastic array of Scottish talent ranging from Meaursalt to Chvrches.

So it’s time to get behind the local acts, the “Team North” so after three “Go North”, ah wait a minute that’s something different altogether.

Best Newcomer sponsored by The Academy Of Music & Sound

SAMAs will be announced on The Garage, Glasgow on Friday the 8th of March.