Barry Gordon of the Earls of Caithness (and formerly James Brown is Annie) talks to us, prior to the band’s gig at Hootananny, Inverness on the 16th of February. 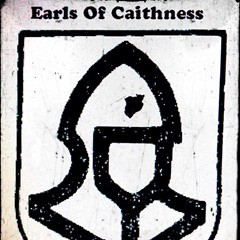 How did your first gig as Earls of Caithness go?

The Picture House in Edinburgh can be an intimidating venue to play your first show in, yet it went really well. After all, we only had two full days of rehearsal to piece the new line-up together and rehearse. Nevertheless, the guys in the band did fantastically well to pull it off. Unfortunately, the in-house heating system broke down – the brass and the cold don’t often mix well when it comes to tuning issues (yet they sounded pitch-perfect) – but that didn’t stop the audience generating some heat. They really took to us from the off.

The backstage dressing room, meanwhile, was devoid of any booze or any food – a drag when you’ve just driven 5 hours – so we took what sausage rolls and tea-cakes the headlining band (Spin Doctors) didn’t want. All in all, though, a great start to a new era.

You got a nice quote from the Edinburgh Evening News, “Upbeat, complex, and thoroughly enjoyably”, for it, how much credence do you put on reviews?

Personally, not much. I’ve been a reviewer for national newspapers for over 13 years and most reviewers reduce everything to their own, moralistic chit-chat. I’d say more on the subject but I already have enough stress in my life.

For bands, however, well… I’m sure a good quote or two does no harm in attracting bookers or helping you sell your product. The likes of Creative Scotland look for good reviews from those applying for funding, so I guess it’s quite important. Note: always buy your reviewer a beer, folks. It pays. Literally.

Earls of Caithness has some of the James Brown is Annie band members, Can you tell us a bit about the change of personnel and should we be expecting any other changes from the band?

JBiA was a revolving door for musicians. I’d give them opportunities to play good venues and with good bands, but keeping a steady line-up always comes down to economics, personal commitments and individual ambition.

I liked to change the band around every year or so anyway, just to keep things fresh and interesting. We were handed more good opportunities in one year than most bands get in a lifetime, but we never truly capitalised on any of it. Why? Economics, personal commitments and individual ambition. And so it goes…

With EoC, though, I’m determined to keep the same line-up together: people who come to shows – particularly paying audiences – deserve to see who they’ve paid for. Nothing worse than paying money for a ticket, only to see someone else onstage that you didn’t expect.In short, the style of music performed by EoC is not much different than that of JBiA: funky, heavily syncopated; groovy, as Bruce Campbell might say. The only key difference is we now have a two-pronged sax section in The Harald Horns, and a different name.

Looking at what you have achieved as James Brown is Annie, what do you think the biggest achievement was and what do you hope to achieve with The Earls of Caithness?

Despite receiving the opportunity to share the stage with some of our personal heroes and influences – Average White Band, Little Feat, Jon Spencer Blues Explosion, etc. – and despite getting to play in front of 75,000 people at the Edinburgh Hogmanay Street Party in 2011/ 2012, our greatest achievement was getting all six of us in the same rehearsal room, at the same time, working on the same piece of music. I stand by that; it’s how I measure success.

JBiA never released much in the way of music, sadly, but we were a live band, first and foremost. It’s my hope that EoC will record more, and become a more visually-interesting band on the live stage. I’m not saying I’ll be asking the band to wear giant light bulbs on their heads, or that we’ll be able to employ fire-breathing go-go dancers. However, an audience deserves to be entertained, and that what I hope to give them in the future – entertainment; something to see.
Hopefully, we can also continue to share stages with those who have been a big influence on the music.

Are there any plans for any recordings?
JBiA played with Little Feat three or four times, and their former band-leader Lowell George (deceased), has a son (Luke George), who occasional sings with Little Feat. The Feat community – which is worldwide and very loyal – want to hear more from Luke, and he’s agreed to sing on one of EoC’s new songs. This could well open a few doors for us, or, at the very least, bring music from the far north of Scotland to a much wider audience. So, recording is definitely on our list of priorities.

On listening to the band the influences may seem easy to anticipate, are there any influences that you would think surprise people who listen to the band?

Personally, I’m a big fan of Scandinavian instrumental folk music, yet anyone who has heard us before will know we’re chiefly influenced (musically) by Average White Band, Little Feat, and Steely Dan. I spent a few years alongside those now at the forefront of the contemporary folk-music scene in both Scotland and England. Those guys (and gals) are more rock and roll than anyone playing in rock music, yet I learned a lot about professionalism, musicianship, and keeping yourself organised from them.

Anything else to plug?

You can keep track of the band at the Earls of Caithness Facebook page and hear some tunes on the James Brown is Annie Sound Cloud (until the transition to the new name is complete).