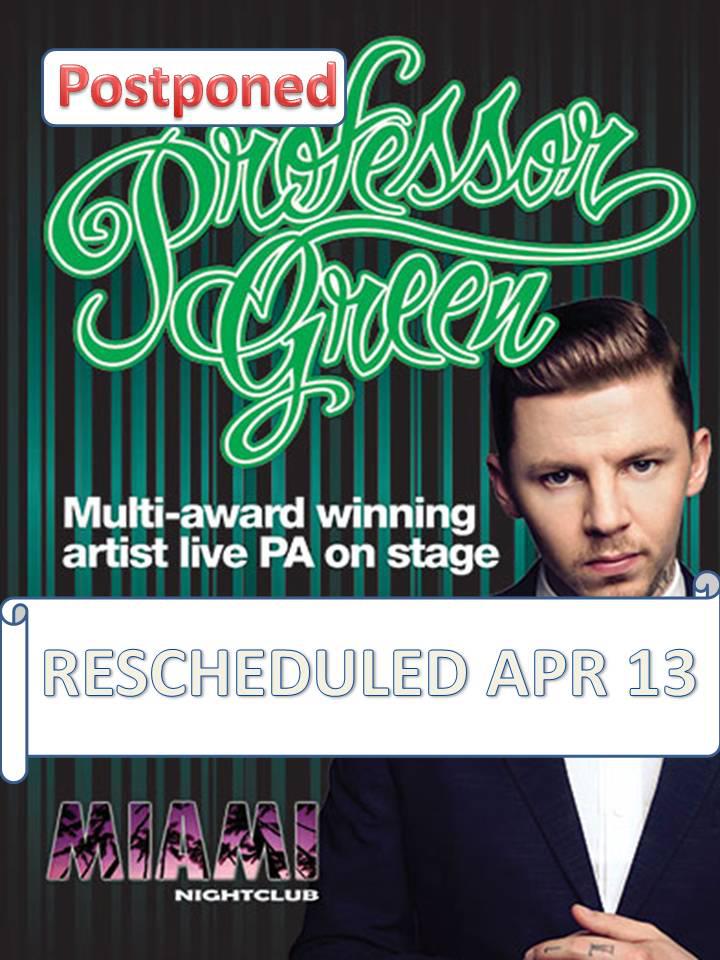 Professor Green planned return to Inverness for a live PA at Miami, Inverness on the 23rd of February has been postponed to 13th of April.

“Dear ALL – last night I (Si PAUL) got a call from Pro Greens manager to inform me that Regrettably he cant make tonight’s performance due to poor health. Most fans will know that Stephen (Professor Green) has been in the studio and touring and has become unwell. Later today YOU will hear from Professor Green who is gutted by letting fans down BUT has ALREADY rescheduled (see photo). Disappointing as this is we now look forward to the Professor touching down in April at Miami..”

Currently working on the follow up to Alive Till I’m Dead and  At Your Inconvenience, the rapper has had well played commercial hits with “I Need You Tonight” featuring Ed Drewett and “Just Be Good To Green”  with Lily Allen. Whilst we could talk about the merits of his free styling or his general musical abilities , in the context of a night club PA it’s probably worthy to note that he was awarded Sexiest Man Alive according to Wikipedia.

More details about the re arranged event and Meet and Greet tickets via the Miami Facebook event page.