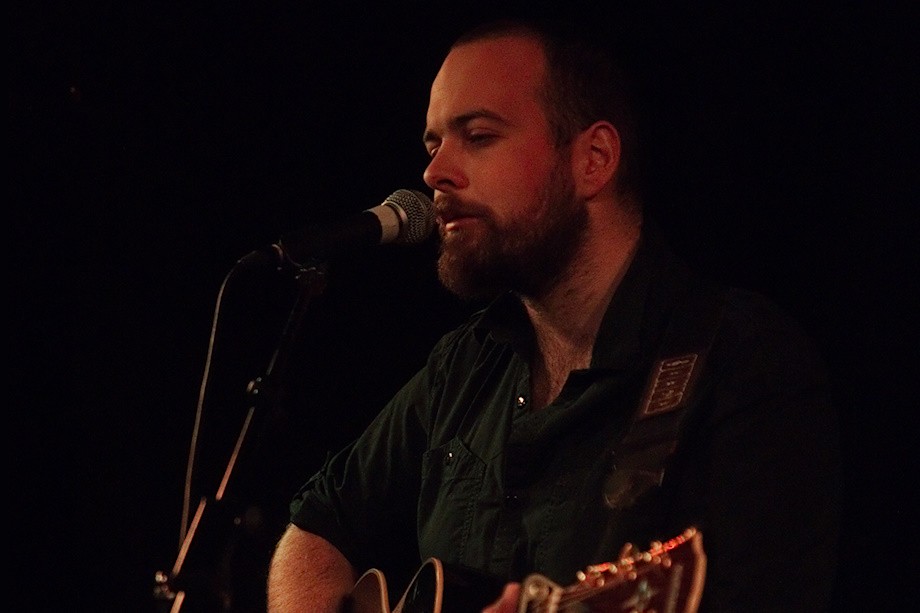 An interview with Duncan Overmeer, aka Matchstick Maker, as he builds up to debut solo album “Rumour Mill”. 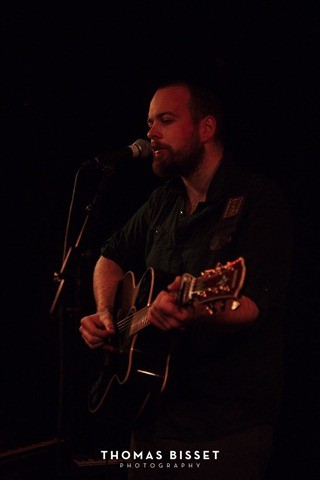 Duncan Overmeer, a beautiful man as rugged as the west coast from where he hails, grabbed my attention last year as an engaging performer and evocative lyricist. It was his debut gig at The Tea Posy in The Greenhouse Dingwall that I was first captured by the bitter sweet tone of his voice.

A captivating story teller, The Matchstick Maker’ makes you feel like the only person in the room and I was delighted to have the opportunity to hear his story. A cosy chat in an Inverness bar watching the Christmas revellers pass by, I was warmed as he shared how his musical journey began.

Having toyed with music in his early years he found guitar to be his instrument of choice, leaving the Highlands to study music in London and playing in a band he worked the music circuit of the south.

His early musical influences include 60’s folk legends and catching wind of the very early Bon Iver album was an inspiration. Obsessed with time honoured songwriters this was what would awaken his desire to write. Duncan tells of how it took time for him to be comfortable with his voice, “I’m only just coming to accept it he laughs”. It was really only once he found his voice on paper through his song writing that he stepped forward and we thank God that he did. Duncan is a wordsmith, a poet and admits that the songs he feels have come out as his strongest works have been effortless when hit by inspiration and the words flow, mostly late at night with his guitar. He was told once “there’s no point in doing something unless you have something to say” which drives his music forward.

Having had a diverse musical back ground I asked how he might describe his musical genre. In essence the folk influence is at the heart of Duncan’s music embracing the open honest acoustic sounds with traditions of storytelling being passed on through his music. Brimming with nostalgia Duncan explains his leanings towards a simplistic low fi fireside sound all lending itself to Duncan Overseer’s alias the Matchstick Maker. Reluctant to use his own name Duncan jests about the appeal of having a secret identity.

I asked him what was the best advice he’d been given along the way, he recalls the wise words of Eric Roche mentor to Newton Faulkner and head of the guitar school in London, a phrase that was passed down the school after his passing, was essentially “you don’t need a record label unless the people that are buying your music can’t reach you and you can’t reach them”. He also said “you don’t need a manager until you can’t manage”.

Based on the west coast of Scotland, Duncan admits that this is not without its challenges “sometimes it feels like shouting into a hurricane”. But 2012 was proactive, with the release of his 5songs Ep and Belladrum Festival appearance, it was spent identifying his audience, faithfully gigging and gaining a name for himself within the local music scene. Time has been well spent at the Water colour Studio recording his first solo album “Rumour Mill” due to be released this April. This album promises to see Duncan’s inventive musical arrangements come together with a full band sound which has been an incredible experience he enthused. Having pulled friends in on the album artwork he is excited that it will be something special and is delighted with the results so far. It’s been an exciting journey, a privilege to do what I love.

2013 is set to be bright and in anticipation of this new album I suggest we start The Rumour Mill…….. It’s something worth talking about!

Matchstick Maker made it on to our picks for 2013, see who else is on the list.