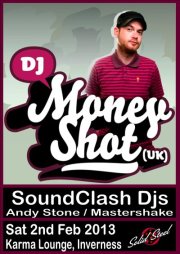 On his own website he is describes his skills as “basically funky wedding djing with hip-hop skills” and he is in demand having supported the likes of Public Enemy and DJ Yoda and gaining airplay from Rob Da Bank, Huw Stephens and Bethan Elfyn.He has also hit the corporate scene having played at parties for Nokia, Adidas and G-Star Denim.

The Guardian described him as “A stupidly talented mixer who never forgets that a DJ’s primary role is to get people dancing. And he will certainly do that”.

Details for the event can be found on the Facebook event page.