The Ironworks has always brought top DJs to Inverness, and Saturday 26th January sees the return of Dave Pearce. 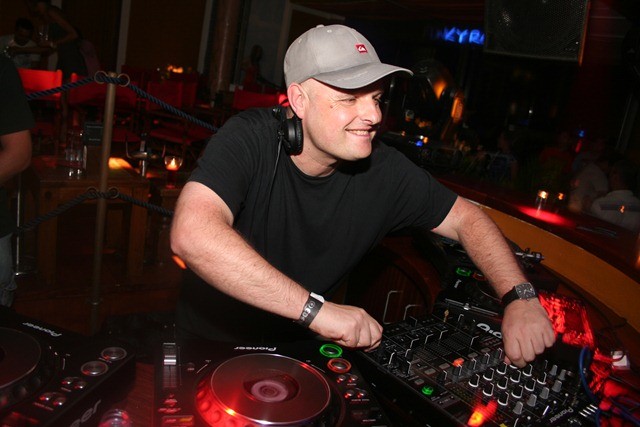 World renowned, and veteran of our very own Rockness, Dave is sure to put on a performance.

Dave Pearce is one of the UK’s most in demand DJs, living and breathing dance music since childhood. Once described by Heat magazine as “The People’s DJ”, he’s worked tirelessly to share his passion for dance music with as many people as possible. He devised, created and presented one of BBC Radio 1’s most popular radio shows Dance Anthems, has sold over 1 million compilation albums, presented shows on BBC Radio 1, BBC Radio 2 and BBC 6 Music. In 1996 he created the first ever dance show for the 140 million listeners to the BBC World service, presented shows on ITV1 and MTV and currently performs in clubs worldwide. Dave has achieved a prolific career in the media and music industries.

He launched his own label NuLife Recordings with BMG and scored numerous hit records including the No 1 Rui Da Silva-Touch me, Ian Van Dahl-Castles in the Sky and he even turned Victoria Beckham into a UK garage star with her No 2 Truesteppers collaboration Outta your mind.

He won a British Independent Film Award for his soundtrack to the movie SW9, is featured on Public Enemy’s highly acclaimed album It takes a Nation of Millions to Hold Us Back and was the first big name British DJ to launch a weekly residency in Ibiza (which lasted for 10 years). He has written music columns in 2 national newspapers, presented his own dance music series “The Dance Years” on ITV1 and presented radio shows both sides of the Atlantic.

Most recently Dave has become synonymous with trance music and electronic dance music (EDM) which has seen him DJ in clubs and festivals across the UK and Europe, scoring a number 2 album in 2009 with Dave Pearce Trance Anthems 2009 and a string of top ten albums. He hosts a weekly podcast of new cutting edge music on iTunes “Trancecast” which showcases up-and-coming producers and DJs from across the world. Summer 2012 sees Dave return to one of Europe’s biggest superclubs BCM in Mallorca, the Greek Islands and Tenerife. He is constantly touring the UK and has played for clubs and festivals including Creamfields, Global Gathering, Coloursfest, Planet Love, Gatecrasher Summer Soundsystem and the Ministry Of Sound.

Tickets on sale now via www.IronworksVenue.com.