So where do I start? At the beginning would be good, but with so many comparisons over a year that can become a bit messy. So bear with me, if you can, as I go through 2012, by category but not in the way you would normally expect.

Albums – What lived with me this year was an album, and an album launch. WhenIain MacLaughlin announced his album release I was hopeful of something good, but what was delivered was something beyond that. WeAreAllOutsiders was masterfully produced and still sits in prime position next to my car’s CD player. 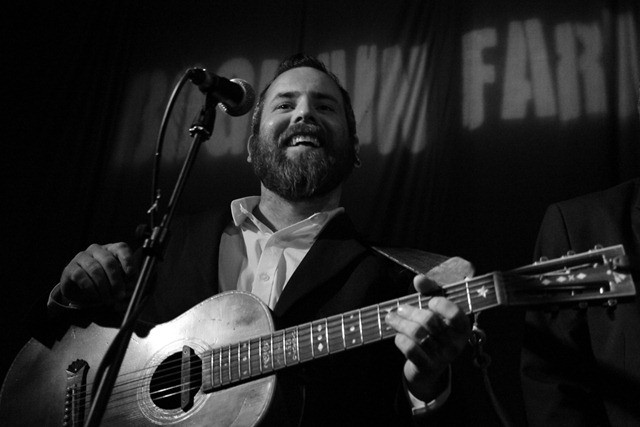 The Whisky River Band band produced an album reflective of their live shows. But added to that, their album launch night at Bogbain would go down as one of the most memorable, not just of the year, but of many years. Adding in the talents of Jake Bolt and Megan Blyth they showed how to launch an album and a party.

Festivals – We had quite a range this year. Starting in May, in when it should have been a lot warmer than it was, Brew At The Bog kicked it all off. With a mix of up and coming indie acts, it gave opportunities to local artists, Megan Blyth, Graham Brown, He Slept on 57, Little Things Like Kiwis and KOBI to make an early mark on the year. 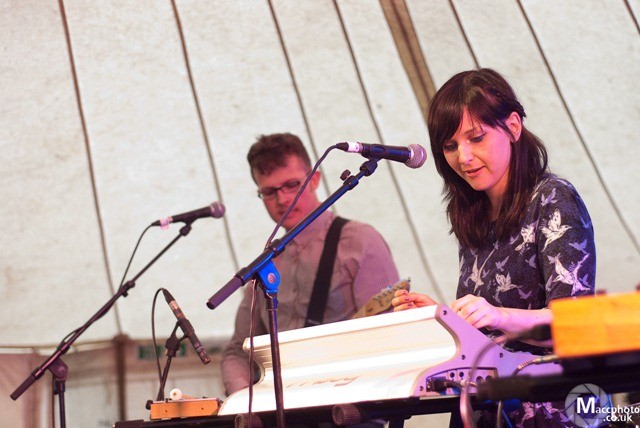 By June, Rockness appeared. Decent weather prevailed, and a decent stage, in comparison with last year, was arranged for local acts, spearheaded by both Inverness Gigs and Netsounds Unsigned. The likes of Iain MacLaughlin and the Outsiders, Homework, Red Kites, Whisky River Band, Team Kapowski and Be Like Pablo graced a smaller, but busy stage. Local dance acts also made the line up and KOBI found a well deserved opening slot in the Clash tent.

August brought almost three days of perfect weather which just so happened to coincide with Belladrum. The line-up, not unsurprisingly to anyone who follows announcements on social media was not greeted with universal acclaim, so no surprise there. What it did do was give local acts an opportunity to grab the limelight. Due to the scheduling, mainly around lunchtime, it was not  possible to see each band, but Iain MacLaughlin and the Outsiders and the Little Mill of Happiness did not disappoint in the Hothouse Stage. Early risers at the main stage caught James MacKenzie and KOBI doing what they do best, and The Whisky River Band packed them out in the Grassroots Stage. The Free Range Folk Stage and the GoNorth Seedlings Stage saw a range of local and up and coming acts. Too numerous to mention them all, but those that I did see that rocked my boat included Ashley and the Cosmonauts, Sara Bills and the Hasbeens and the The Sweet Melindas down at the Folk Stage. The Seedlings saw the enhanced reputations of Megan Blyth, Graham Brown, in the guise of Sienna Lights, and Toby Michaels’ Rolling Damned. Who can forget Toby’s walkabout!

If by now it appears that I have concentrated on local acts that is no coincidence. These guys are the lifeblood of our local scene and I make no apologies for talking of so highly of them. I will, of course, deal with the other lot later!

A week later I shipped up at BFest, the strangely titled festival in Wick. The GoNorth tent again proved a worthwhile stop out. Them and Us, featuring both Emma Hay and KRTS proved to be, for me, the find of this fest. Out on a limb compared to the others, they nailed it. By now Graham Brown, had fully become Sienna Lights, and the improvement was evident. Iain MacLaughlin and the Outsiders rocked, and converted a few over from the far north. Team Kapowski added humour, and a touch of local education, to the proceedings while He Slept on 57 shook the tent and let Caithness know that they had arrived. It was the turn of James MacKenzie, Roadway and RhythmnReel to take main stage, in what at times was a tough audience. It did have a feel of a county show with many keen to congregate around the beer tent.

The Black Isle Brewery gave us Jocktoberfest, with a range of acts with locals The Whisky River Band, The Mystic Shoes and Toby Michaels’ Rolling Damned serving up fine sets. Who can forget Toby in the hay! (There seems to be a bit of a theme here!)
So that was the festival season, through the eyes of a local who supports local acts, not because they are local but because they are damned good.

Local Acts – Local acts again? Yes, but this time these are the performances which caught the eye away from the festival stages. When Hue and Cry came to town towards the end of the year, Sienna Lights were the support, not an obvious choice perhaps for a fortysomething audience, but boy did they win them over, Not just win them over, but they sold a few EPs on the back of it. You could also tell the practise had paid off too.

Come the Summer Showcases, come to the fore KOBI. When I heard that they were adding a horns section I was, to be honest, a little confused. I found it difficult to relate the two. But that was the clever bit, horns yes, but in a more ethereal manner. Sheer genius. 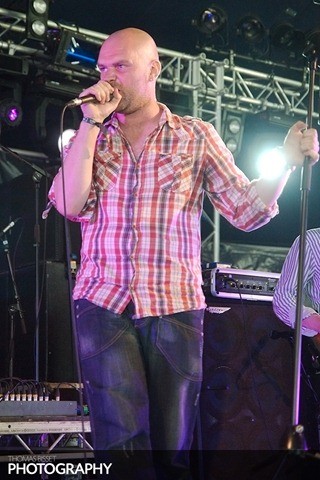 I really have to mention The Little Mill of Happiness. Not just for their full on, laying it on the line sets, but their ability to experiment a little too. Their acoustic gig at Ig:lu sticks with me. They were the support for Eric Chenaux and Two Wings. Surreal, is a word which may fit, but that I believe ties in with the openness which The Little Mill approached this gig. Different yes, but also memorable.
That is just three, I could name so many more.

Venues – I’m going to start with the new kid on the block, that being the Eagle. I remember it from the eighties, and unfortunately it had lain untouched since then. Thanks to the guys from Searching For Donkeys, they set about making it habitable again. They have now given a new forum for local, and slightly further away acts, to play. With a Battle of the Bands and an open mic night they have moved on. All power to them. This is a city and we should have a range of music venues.
The Market Bar, will always be the Market Bar, but as with anything we should never take it for granted. To many acts it is a notch on their gig bedpost, and so it should be. I will return here later.

Hootananny and Mad Hatters. Two floors of dedicated music, within one inconspicuous building, a mecca for many far and wide. Local acts have graced these floors all year, but it should also be remembered that it’s also a staging post for those moving on to greatness. Did you miss Jake Bugg this year? Thought so, because I did! Setting aside nights for The Outsiders Club Nights and for Netsounds Takeovers displayed their connection with the local scene.

The multi award winning Bogbain Farm, Home to Brew at the Bog, Northern Roots and the Inverness Whisky Festival. Two internal stages, and potential for a third one outside (weather permitting!). You can even get married here! Album launches and the odd appearance of Charlotte Church, even got a recording studio if you want to lay down a track or two.

Finally, The Ironworks. Inverness has cried out for a venue like this for years, and now we have have it we are attracting artists of a national calibre. Equally they are giving support slots to local acts and for good reason too (see above). Add to that the platform that they provide in the showcases and we have a venue to be proud of.

The Industry – GoNorth treasures Inverness enough to put on a two day series of seminars and gigs for local and national acts to showcase all that’s good in the creative industries. Add that to their investment in the festivals mentioned, then we know we are a hub.

So, I have just looked back over the year, and not talked about Mumford and Sons, Biffy Clyro, Deadmau5, Ed Sheeran, Justice, Wretch 32, Travis or The Wombats. Does it really matter when you have a wealth of local talent? No, not really. So was that a review or a shout out to make people realise just what is going on in Inverness?

As a post script, I will add a few words about the out of towners who made my year. However, I’ll limit it to three. This three really made me sit up and listen more than anyone else.

Firstly, and this isn’t, a competition, Honningbarna. Honningbarna are a Norwegian punk band who ripped Mad Hatters apart on more than one occasion this year. Lead singer with a cello. You’ve got to see it to believe it, and enjoy it.

Fat Goth. And to think we only went to the Market Bar because they had a cool name! It was standing room only, and by that I mean, on the seats and the tables. Stiflingly sweaty but incredibly intense. This will live long in the memory.

The Amazing Snakeheads. They supported Glasvegas, along with KOBI, and were a band who were not on my radar until they walked on stage. Snarling, biting and unequivocally in your face. They left an indelible mark on me.

So that was 2012. I could have written it a dozen times over and come up with dozens of permutations. You can draw up your top tens and draw up your best festival headliners. You can debate it until the cows come home but does it really matter when you have a wealth of local talent? I hope you enjoyed 2012 as much as I did.