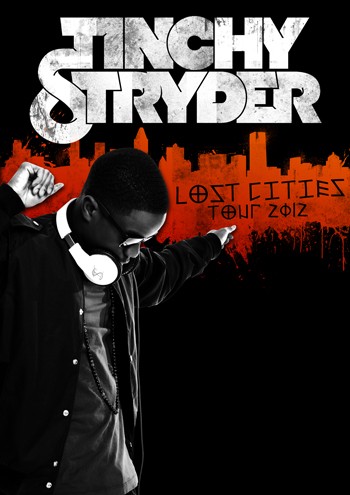 On my arrival at the Ironworks it was a little bit like a school Christmas after party, with some impromptu entertainment taking place on the floor in the Rangers v Elgin style. Lost? Just check Youtube. Mind you, it was quiet. Maybe those aforementioned parties had taken their toll on Inverness’s youth.

I first came across tonight’s support KRTS up north at BFest in Wick this summer. He performed a quickfire set alongside Them and Us and vocalist Emma Hay. KRTS is a handful, and the DJs and Emma did well to contain his bounding enthusiasm.

Tonight when KRTS entered the crowd moved forward. Never short of words that cheeky chappy, KRTS, weaved his magic. A set that grew in animation and promise, he even threw in a bit of acoustic air guitar. KRTS strutted off having brought the crowd together, and let DJ Mark Mackenzie drive it on towards the handover with Spiral.

A couple of years back I drew a short straw and accompanied my just turned thirteen daughter to In Demand Live at the SECC. For those that don’t know it, it’s an extended version of Top of The Pops without the annoying presenters. Little did I realise that I had seen Tinchy Stryder before until my daughter reminded me. He must have made a lasting impression in his fifteen minute slot, sandwiched between The Saturdays and The Script. I did say that I drew the short straw.

When Spiral took the helm, the small, but noisy crowd notched it up a level in anticipation of the headliner, and when Tinchy appeared, they responded. After opening his set with You’re Not Alone he said he was “getting dark and grimy” and led the enthusiastic through Gangsta? The bass was really ripping through the audience when Never Leave You was given its turn. 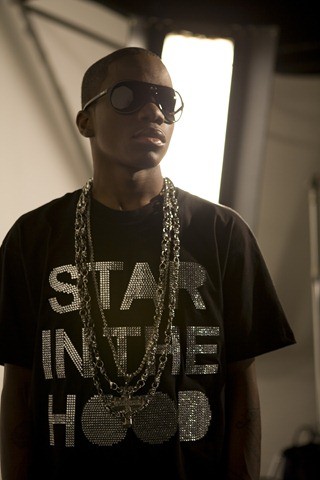 Tinchy is a polished performer, and with Spiral worked the small but disproportionately noisy crowd. Stryderman and Take Me Back kicked in, and more excitement was greeted by promises of invites to an after party. Tinchy mixed it up by throwing in a slice of Oasis’s Wonderwall and Price Tag by Jessie J, but this was all just a ruse in his build up to Number One. Not long after this the set drew to an all too early close. Between Tinchy and Spiral they brought the best out of a young following. Much excitement ensued when Spiral promised to give away Tinchy’s jacket and sunglasses when he came downstairs to the foyer. That was one way to clear the hall!

In many respects it was that little too short tonight, but it’s not often that you see 90% down at the barrier. All too often it is quite the reverse.