Public Service Broadcasting return to the Highlands to play, the Ironworks, Inverness on Thursday the 2nd of May. 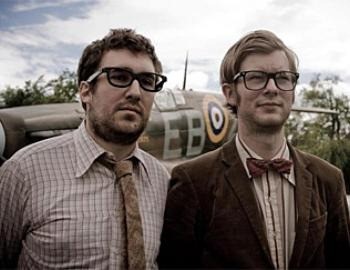 Warming up nicely for the release of their debut album in Spring 2013, the duo identify their quest “to inform, educate and entertain audiences around the globe”. Their name does not betray their style, using sample from the era to create something unique, something special. Indeed Artrocker described them as being “Genuinely original, innovating and amazing”, with ‘The War Room’ EP earning them ‘CD of the Week’ in the Independent on Sunday.

Tickets go on sale on 21st of December via www.IronworksVenue.com