Following on from his Irish solo tour, in late 2012, Duke Special will be paying the Ironworks, Inverness a visit on the 12th of March 2013. 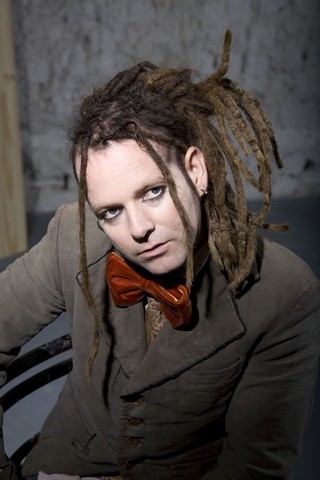 With Duke Special you can choose your quote, and there has been many, praising the self confessed champion of “hobo-chic”. However, arguably none will emphasise the significance of the artist as well as Mike Driver who said “ Duke Special doesn’t need the charts – but they could do with more artists like him.”

The Independent responded to his most recent release, ‘Oh Pioneer’  by declaring that “Duke is in a world of his own” and on reading his explanation of the influences, it’s hard to argue:

“Wooden Fingers Puppet Theatre Company, The Bank of Ideas, a banned Iranian children’s book about a fish, a pirate who wants to retire, a bar man who hears people’s stories whether he likes it or not, the human condition and late night conversations with friends on the roof of the ‘Oh Yeah’ building about your dreams are just a few of the ingredients to go into “Oh Pioneer”.”

Support for the night will come from Boxes and local act  Abagail Grey who will be joined by  Michelle Newell for the gig.

For a chance to win 2 tickets. You need to answer the following question:

What is the latest album released by Duke Special?

In order to win you must be on our mailing list (you can join here) and send an email with your answer, contact number and address, the email must have the subject heading DUKE SPECIAL to invernessgigs@gmail.com. The winner will be picked at random on the  10th  of March at 8pm, with the winner being contacted shortly after that.

If you don’t want to rely on luck to get your ticket you can buy them at www.IronworksVenue.com