The precocious band were described as “Hard-working, Enthusiastic, Infectious” at the beginning of 2012, so what did they think of the year that was 2012? 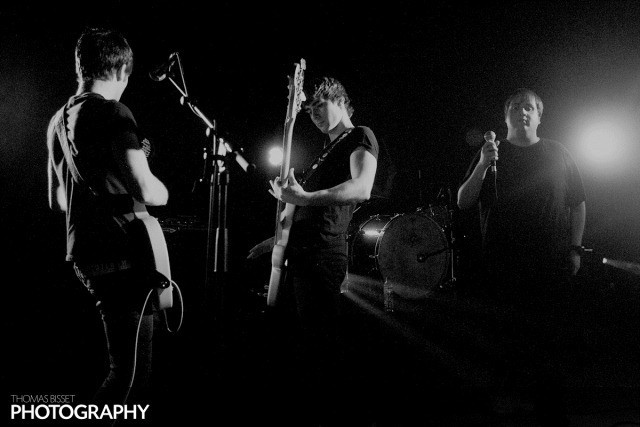 We are Last Summer Effect, a rock band from Dingwall and the Black Isle. We played a cover once, but we didn’t like it, so for years we have played all our own material.

Michael Bull, Duke of Dunny on the Wold.

How has the music world treated you guys in 2012?

2012 has been great! We have had some of our best shows yet. Highlights have been when we’ve played at the showcases at Ironworks, where we got a great response from the crowd. And then Belladrum! What can we say about Belladrum!? Best weekend of the year. We were overwhelmed at how busy the tent was for us, and how up for a laugh people were. We’ve also had a great time in Glasgow this year, playing there several times, including the final of the Futures Fest competition.

Think we said this last year, but it still continues to be the truth, Purple Divide. Probably the youngest serious band from Inverness always impress us, notably at the summer showcase that they closed. ROADWAY were also superb this year, having seen them a few times also, notably good in Twa Tams, in Perth when we supported them.

Stephen: Canterbury- Heavy In The Day

Michael B: Fei Comodo- Behind The Bright Lights

Chris: A girlfriend and a triangle.

Furry Vengeance! Will be interesting to see where they can go!

Play as many shows as possible, around the whole of Scotland and the UK.

A few bands spring to mind. Check out Emilio Largo and Penfold, both great bands that you’re sure to see back up North soon!

Last Summer Effect will be playing their last gig of the year at the Ironworks Winter Showcase  on the 29th of December (tickets available at www.Ironworksvenue.com). You can check out their up to date news on the Last Summer Effect Facebook page.