The act we described as “Soulful, Confident, Introspective”, Megan Blyth reviews her 2012. 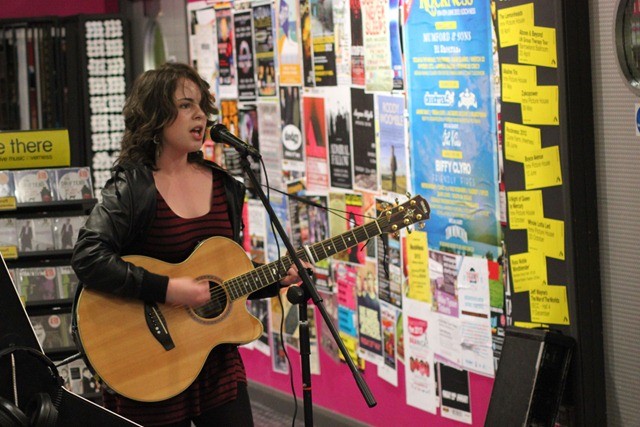 I’m a singer/songwriter, I play acoustic guitar and I even sing sometimes as well.

How has the music world treated you in 2012?

2012 has been lovely to me, i released my first E.P which I’m very proud of (and I will be releasing it digitally just in time for Christmas) and I’ve played a lot of great gigs with some excellent musicians and people. It’s been a great year.

What was your favourite gig that you played this year?

I’ve got a few favourite gigs, one of them being Belladrum this year because it’s my favourite festival but I also really enjoyed the gig I had at the very start of the year with the Little Mill of Happiness up in the lovely land of Thurso along with the Whisky River Band’s album launch in June this year which was great fun. Really enjoyed playing the International Rhythm and Blues Festival as Joan Armatrading was playing there too and she was amazing.

Lots of local acts have stood out for me this year including the Little Mill of Happiness, Iain Mclaughlin and the Outsiders, The Whisky River Band and The Oxides. Also looking forward to hearing Furry Vengeance as I love Barry and Ryan as a duo but most of the music I listen to is local.

Have you got a favourite album  of the year?

The Oxides, love what they have done this year so far and can’t wait to see what happens for them next year and also can’t wait to hear new stuff from the Whisky River Band.

To get another EP out, I am recording at chem19 in January and will hopefully have the EP out spring time-ish and get a lot more festival slots. That’s the plan.

Would like to plug my gig at the Ironworks on the 16th of December along with the fantastic Willie Campbell and Willie and Tabs Macaskill. Really looking forward to it, should be a good night and a nice way to get into the Christmas spirit.

To buy tickets for the aforementioned gig go via www.IronworksVenue.com.

Megan Blyth’s Facebook page will keep you updated with the goings on.