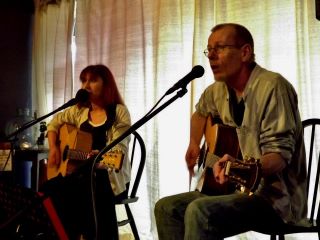 Donald Forbes and Ally MacLeod of Red Hook Rapids give their take on the year that was 2012. 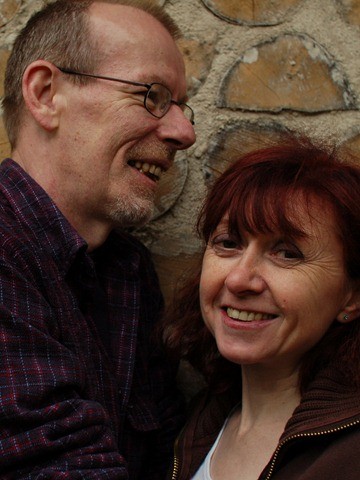 At the end of 2011 we simply described Ally as “Poetic, Poignant, Enchanting” off the back of a handful of live performances and solo album “Astor Place”. However, as one half of Red Hook Rapids they have certainly had an interesting 2012, gaining further critical acclaim with “Closer to Home” and touring the UK, but we’ll let them explain…

How has the music world treated you guys in 2012?

Well, 2012 has been a pic ‘n’ mix bag of wonderful and awful…we’ve been blessed to have had some lovely gigs, playing to peeps who actually wanted to listen to music and some horrendous pub gigs playing to drunken heathen scumbags who couldn’t give a toss about what they’re hearing….we got caught out a coupla times being booked this year for venues we should never have been at – not our fault – venue managers just not taking the time to programme bands accordingly, leading to much embarrassment on our part and confusion from our audiences.

We had the immense pleasure of opening for Stacey Earle and Mark Stuart a few times back in the spring and also Sally Spring and Ted Lyons and we had a wee tour down in England to promote our first album release – Closer to Home – playing at Rob Gibson’s fabulous Guitar Bar and meeting the wonderful Mick Smith who interviewed us for BBC East Midlands Radio….

A couple of house concerts stand out as being outstanding experiences….the first was in an unassuming terraced house in Salford where we felt we’d gone back in time as all the neighbours came to see us, giving us the warmest welcome in that beautiful yesteryear goodly welcoming neighbour kind of a way…..we also had the most amazing time going over to Scoraig in Wester Ross where John and Debbie Davy’s house instantly became a home from home….it felt like the whole community came out to see us as their kitchen filled to bursting point, giving us one of the best audiences of the year.

Leith Folk Club was definitely a highlight thanks to our amazing audience there and the lovely Jim Welsh from Castle FM.

We were honoured to play the Square Wheels Potting Shed Stage at Belladrum – a huge dream realised thanks to Rob Ellen who we have to thank for many of our gigs this year and last….

A low point was not getting to play the gigs we’d been booked for in the States…..hopefully next year though….

The Civil Wars at Celtic Connections on Skye….Stacey Earle and Mark Stuart….the Sweet Melindas at Belladrum….Davy Cowan at Belladrum….oh, and that Frame chappie – also at Bella….

Have you got a favourite album  of the year?

Donald – World peace and the introduction of video technology into fitba’….

Ally – Well, world peas, obviously and a new rug in the conservatory of the house where I clean….the current one picks up dog hairs something rotten and takes an age to hoover…

Donald – The hole in our finances….
Ally – New album coming out next year and, hopefully, a wee tour over in Europe and, of course, our much awaited tour in the States….

The band can bee seen play at the following forthcoming dates:

You can keep track of the band on the Red Hook Rapid Facebook page.