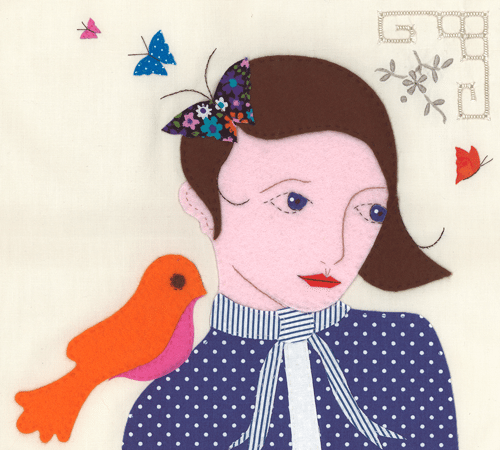 It is very easy to feel comfortable in the presence of Claire Campbell of Abagail Grey, whether it’s her softly spoken words, her clear vision or her slightly self deprecating approach. We caught up at Velocity, a new cafe in Crown, that will also play host to her forthcoming EP launch of Snowflake Remember.

Last time I spoke to Abagail Grey, in 2011, Claire and her band were on their way to Los Angeles. However since that point a gradual change in personnel has occurred, partly due to geographical barriers but also a desire to move forward “it didn’t happen suddenly.. it happened quite organically”. Indeed Claire clarifies “It’s more like using a pool of musicians than one solid lineup” for now anyway. The freshness of a shifting dynamic clearly helps Claire “I think if you become too staid in what you’re doing then you restrict how creative you can be.”

In talking about the creative process, Claire talks about how her songs evolve from the starting point with the piano and vocals “despite the production, the song is a song… but the production enhances it and adds so much to it” . With that comes a quandary in how to present the tunes, Claire says “maybe people like hearing them stripped back… I love it when I hear a stripped back track then when you hear a track produced”, using as an example Bon Iver. The process in itself Claire feels gives an insight into the methods of creating music and again it adds to the fluidity and organic nature “songs can exist in so many forms”

Snowflake Remember follows on quickly from Dark Wood although they are a very different beast. Indicating  in a recent interview that it’s a deliberate but yet subtle move down the electronic route under the watchful eye of Chris Geddes. On talking about the production: “a lot of it goes above my head”, she confesses, “a lot of it is done using synths and samples”.

To help promote the new EP, Claire has commissioned a video for first track, “Beauty” which features some of Claire’s family and local actors. The film was produced by Tristan MG Aitchison who had previously produced a video for “Dark Wood”. Described in one of her blogs as  “the cleverness behind the music videos”, Claire comments “he’s really talented, I love his style, he’s very intelligent and he’s really good at what he does”.

Anybody who keeps an eye on the Inverness music scene would find it hard to miss Claire’s blog. Offering insights from her perspective of life, Claire acknowledged being influenced by diarists through time, from Tolstoy to Andy Warhol. Indeed the blog is growing in popularity and inexplicably in Indonesia. “I have no idea why” expresses Claire.

It has been a relatively quiet year for gigs with a performance in Milwaukee and The London Folk Festival. This is in part due to the obvious limitations “I can’t do a travelling support because I am a mother”, and acknowledging the balancing act between pursuing a musical career and having an 8 year old son. However it is an ambition to make a living out her songs both through singing and from song writing.
The EP will be launched on the 1st of December and Claire has chosen Velocity, as identified in her blog : “They have great cakes, a friendly atmosphere, good crockery, an agreeable ethos and a massive white wall onto which we can project our new music video.”

The evening will see an opportunity to see the new videos and a short set with Michelle Newell (LJP) which give a different dynamic to the tunes. The collaboration with Michelle has been a long time in the making, after being in the Lowtide Revelry together. “We recorded a song and our voices sounded nice together” but it has not been possible “we’ve been meaning to do it for ages, she’s got an amazing voice”.

The night promises to be special in many ways, so get there early to grab a seat.

You can pre-order Snowflake Remember here and please check out the Abagail Grey Blog, it’s well worth it.

Oh and go check  Velocity’s website I may get a free cake next time I’m in.