Carnivale night to be launched at Mad Hatters, Inverness on November the 29th with Iain MacLaughlin, Jeep Solid, Matchstick Maker and Northeastern sunrise.

We have seen a few different approaches this year at Mad Hatters as the venue threw us a few curveballs and re-invented the typical gig night format. 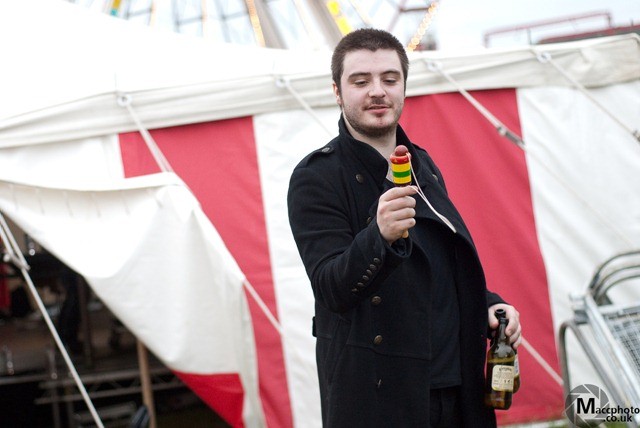 Over the summer Iain MacLaughlin and the Outsiders hosted their club nights, and now Netsounds are running a successful series of Takeover nights. They have now taken it a stage further with the exciting launch of Carnivale on November 29th.
Inspired by popular London music venue The Bedford the night will be split into 2 acts with an interval and have 4 live performers playing with each performer playing 2 or 3 songs in both acts.

So who can we expect to see on the inaugural night

Iain needs little introduction with an array of gigs and festival performances with his Outsiders, and even had time to have an album launch before a packed Ironworks at the beginning of the year. Iain packs a mean solo set and the night will give him ample opportunity to enhance his reputation

His colourful tale of the “Kaleidoscope DRAMATIQUE!” started way back in 1965-66! With a rock ‘n roll revelation, fast forward to the present day and record label KFM are delighted to present “Fake Sugar”, Jeep’s forthcoming album, a collection of new material, singles, radio sessions and demos spanning 40 years.

Jeep Solid will be joined at Carnivale by the sublime piano playing of Andy May, Scotland’s first call pianist whose long list of past collaborators includes Marianne Faithful, Justin Currie(Del Amitri) and Jack Bruce (Cream)

Fourth act in the collection are Northeast Sunrise. Originating from Ross-shire in the North East of the Scottish Highlands, they describe themselves as a 3-piece in the acoustic genre who write their own songs. Someone once described their music as ‘Chilled out poetic songs from the heart’.

If you want to re-live the night you will be pleased to know that Carnivale performances will also be filmed with the performances to be archived on to a soon to be launched Carnivale youtube channel.

Doors are at 8.00 pm with first performance on the night starting at 8.45 pm.