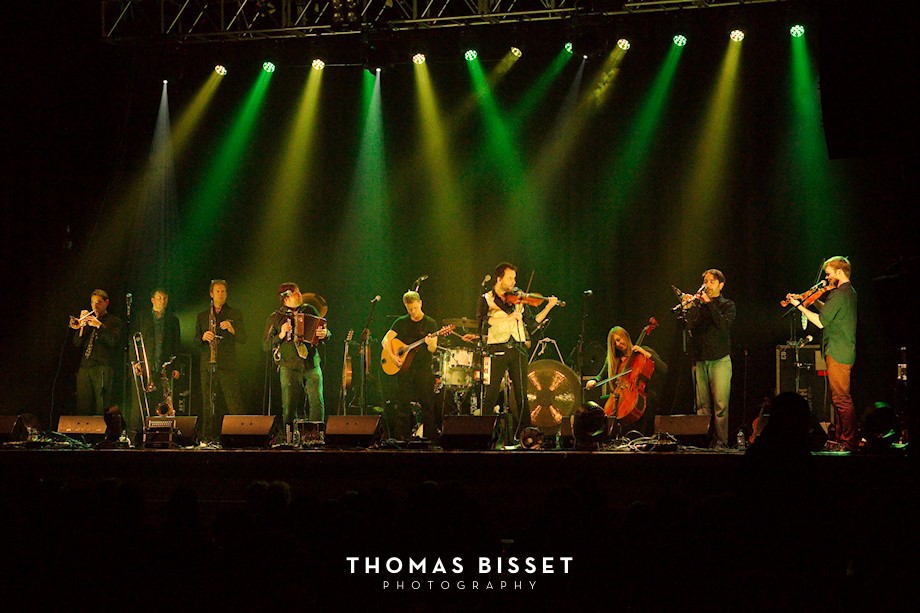 A review of Bellowhead supported by Mama Rosi at the Ironworks, Inverness on the 20th of November. 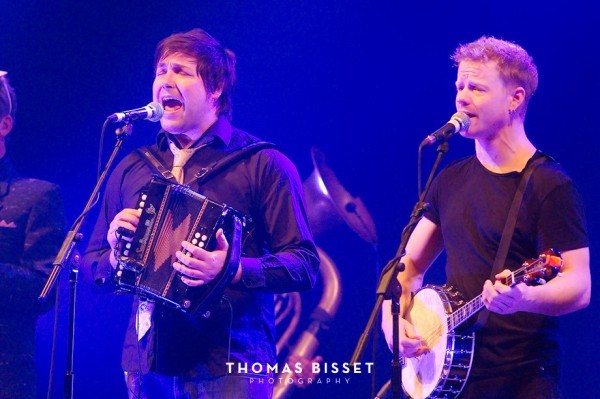 “Greatest Live Act in Britain”, “Best Folk Band of 2011” it must be with some trepidation that a band undertakes a tour with those tags hanging around their necks. But these quotes and awards are not given lightly by the likes of Radio 2 and evidence the quality of the show that Bellowhead have been perfecting since their first full length CD was released way back in 2006. 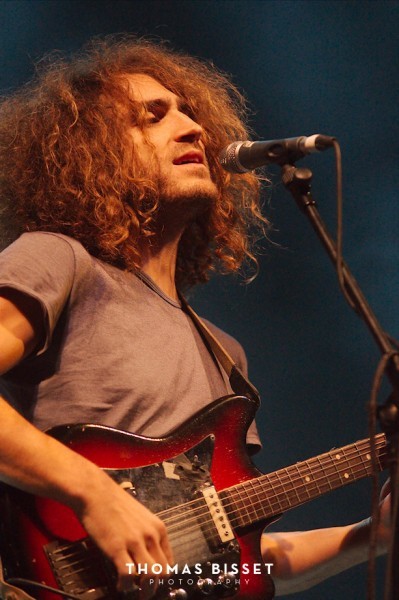 They made it hard for themselves by having a quite fantastic support band, Mama Rosin, from Switzerland. Inverness Gigs photographer and all round musicologist, Tom Bisset thought they sound a bit “Zydeco”. In my much less knowledgeable way I would coin them “Swiss, blues, folk rock with a bit of a two-step twist”. A potentially underwhelming trio of accordion, guitar and drums just does not prepare for the energy these young men bring. 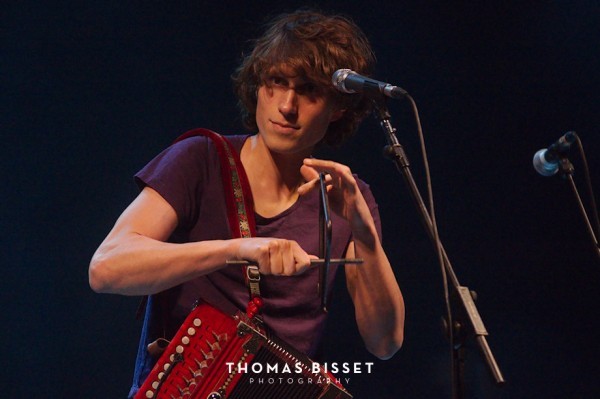 Singing songs in both English and French they clearly had a ball and notably had a large ironworks audience delighted. This is their second outing to Inverness, the first being to an audience of 5 who took them on a whisky trail till 4am next morning. Do yourself a favour and check them out on Facebook – yes, they’re a bit Cajon and a bit Rock’n’Roll but boy are they fun. The lengthy queue at their merchandise stall perhaps tells its own story.

I had some serious misgivings that Bellowhead on a dreary midweek in Inverness might not be all that their taglines might lead us to expect. Bellowhead are out on a 19 date UK tour promoting their new CD available in both standard and enhanced edition that includes a lovely book with lyrics, photos and explanations of the songs. 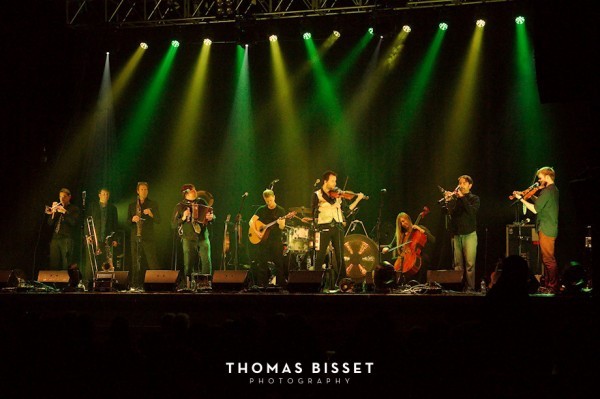 To those new to Bellowhead, they are an 11 piece band comprised of various classical and folk misfits who together meld sea shanties, folk songs and traditional English dances with a flair for arrangement that is second to none. Sure an 11 piece band will always make a fair spectacle, but with most of them singing at various points and a quite bewildering array of instruments – they really are a feast for the eyes. These are stars in their own right both as solo musicians and as part of band collectives but it is in Bellowhead that these disparate individuals have truly found a home.

Although they played a selection of songs from their impressive back catalogue, this tour is to promote their new and 4th CD, Broadside. Several of the songs from Broadside including “Old Dun Cow” and the tad unusually named “Black Beetle Pies” as well as recent single “10,000 Miles Away” all featured in the set. CD opener “Byker Hill” was perhaps a favourite of mine of the night. 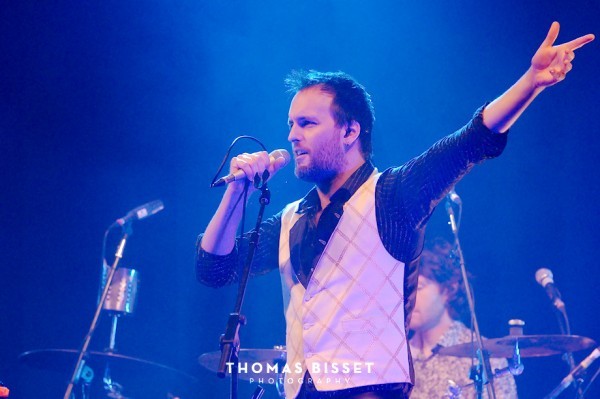 Jon Boden is a tall, angular front man with an eye for the spectacular. His dramatic story telling and stagecraft brings to life the music in a way that not many might manage. It is no easy thing to categorise or describe Bellowhead’s music – from slightly menacing with a Bulgarian feel, to music hall with a dash of soul and a peppering of pop with Zappaesque polyrhythms. It is no wonder that they have won best live band from Radio 2 Folk Awards an unparalleled 5 times. The audience loved them. Maybe a little bit more room to dance would have set the evening off but dance they did particularly towards the end.

The light show too was terrific. Perhaps in recognition that they need to make each night of their tour an event and to ensure that their audience has the best possible experience, the band brought their own light engineer. As a regular frequenter of Ironworks, it is fair to say that the lighting and sound can stand alongside any venue in Scotland. So I had some interest whether in determining how their own crew could add to the event. It was with an in-depth knowledge of the music, its twists, turns and moods that having their own crew lent another feather in their already burgeoning cap.

So, best live band in in Britain? Who cares? A spectacular event and a spectacular night of music – their reputation is untarnished.