Edwyn Collins has just announced he is to play Strathpeffer Pavillion on the 17th of April, 2013. 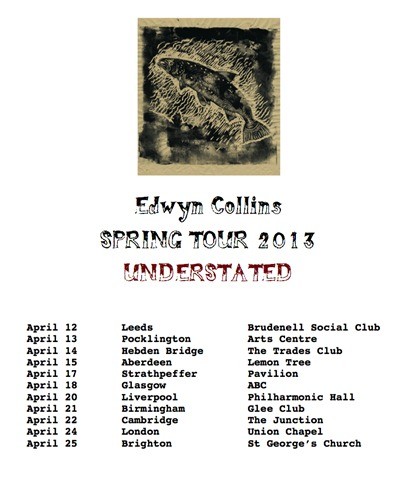 Formerly of Orange Juice, Edwyn Collins, received a lifetime achievement award at the Ivor Novellos in 2008 and has recently been celebrated at the Association of Independent Music (AIM) Awards for his career in music.  Gaining commercial success for the likes of “Rip it Up” and as a solo artist for “A Girl Like You”. It was the latter that appeared  on a clutch of movie soundtracks from The Secretary to Austin Powers. After suffering 2 strokes in 2005, he launched his first album since the illness in 2010, with Loosing Sleep which the Telegraph  described as “It’s incredibly moving, but also, hands down, the most uplifting guitar-pop album of the year”. Spring 2013 sees the follow up to the album, and 8th solo release, Understated, which Collins describes as “northern soul, crossed over with punk.”

Tickets for the show go on sale on the 23rd of November via www.EdwynCollins.com