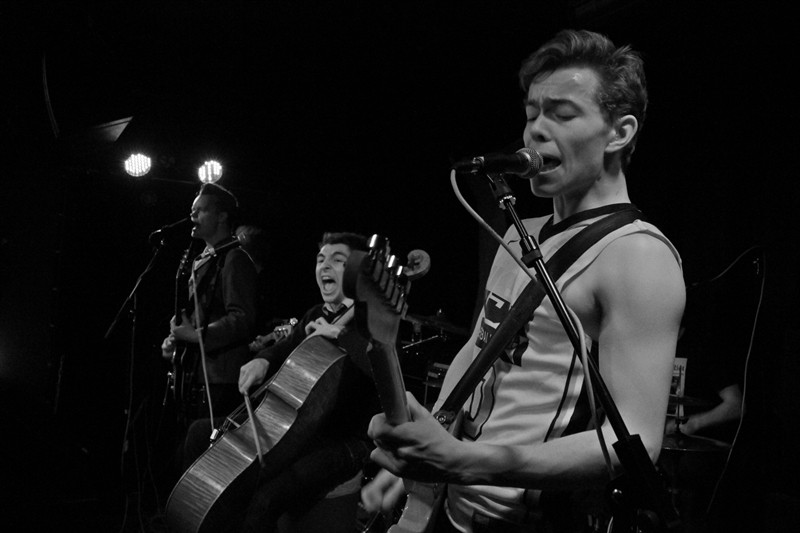 A review of Honningbarna at Mad Hatters, Inverness on the 9th of November. 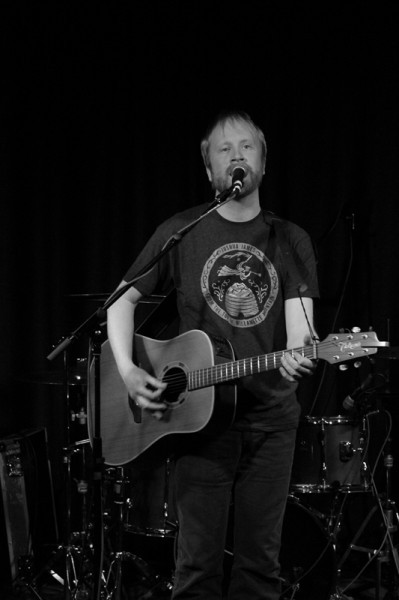 Support for this evening at Mad Hatters was ably provided by Rory Baldwin. You could say he was a gentle warm up for the night easing everyone in for the noise to come. An earnest acoustic performance that was to be quite a contrast to the main act.

Honningbarna take to a stage decorated with a Saltire and Palestinian flag and kick off what will be an incendiary set. Their brand of political punk rock initially seems to shock the Mad Hatter’s crowd with its ferocity. Indeed a startled bunny analogy comes to mind! 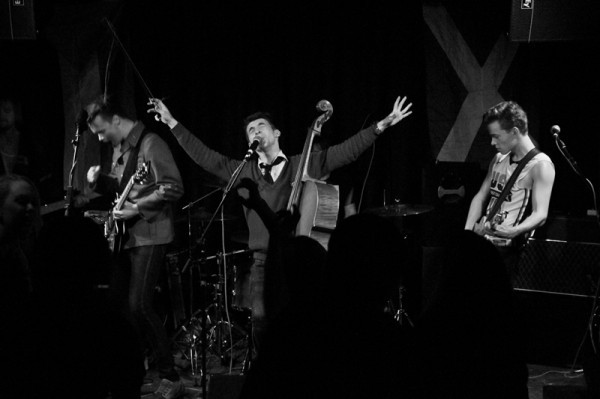 Opening track ‘La Alarmane Ga’ has lead singer Edvard Valberg spending a good bit of time in the crowd getting in people’s faces and screaming the lyrics directly at them. He then gets back on stage, grabs his Cello, yes that’s right a Cello, as they launch into ‘Fri Palestina’ and beats the hell out of it. I don’t think I’ve ever seen someone play a cello with such savagery but it works and doesn’t appear the slightest bit contrived or gimmicky. The cello adds an extra depth to the songs and a sweeter juxtaposition to the harsher tones of guitar and bass.

The energy from the band is something to behold and they are genuinely one of the best live acts I’ve seen in a long time. It’s punk as it’s supposed to be played with speed, aggression, more speed and a bloody good dose of anger. The band give it everything they have and keep things dialled up to frantic for the duration of the set. No ballads or slushy love songs here, it’s all or nothing punk rock. 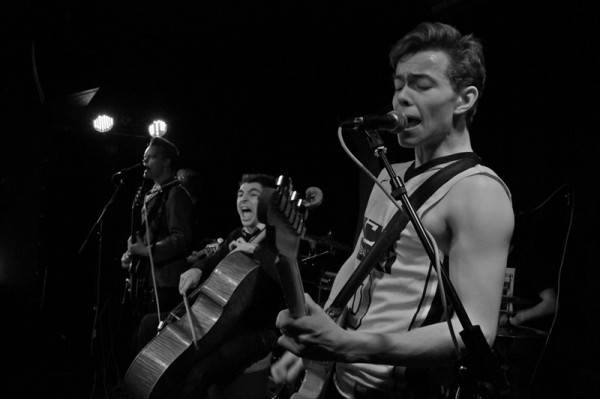 This was also a gig played up close and personal, not content with the frontman getting all the limelight, guitarists Christoffer Trædal and Fredrik Justnes spent much of the time playing in amongst the audience whilst Edvard brandished his cello bow at the now pogoing punters like a demented conductor.

Occasionally the angry punk band mask would slip and the band would grin at the reaction from the audience. It might have been a relatively small turnout but they gave the band the credit they deserved and moshed and pogoed with enthusiasm. As noted in our earlier interview with the band, there was an obvious mix of punters proving that punk isn’t just the preserve of the young and some of the more ‘seasoned’ individuals were more than capable of holding their own.

The set was finished all too soon, barely clocking in at thirty minutes, although we were eventually treated to a two song encore. They left a breathless, bruised and slightly battered Mad Hatters baying for more.

It’s no exaggeration to say that we all witnessed something very special this Friday night, there are not many artists that get a reception like that at Mad Hatters and it was entirely well deserved.

A gig that those who were there will look back on in the future and say, ‘do you remember when Honningbarna played in Mad Hatters?’

Please have a look at our Honningbarna interview.