A review of Hue and Cry with support from Sienna Lights at the Ironworks, Inverness on the 14th of October, 2012. 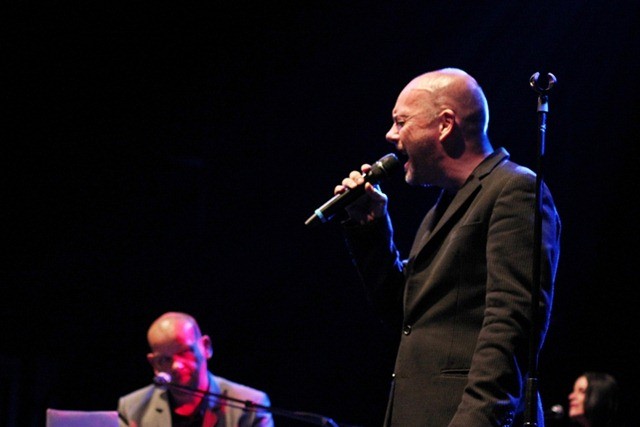 The eighties sophisti-pop outfit are currently touring their latest album ‘Hot Wire’ and a sparse Ironworks audience were treated to a liberal dose of tracks from the new album along with the classics that everyone wanted to hear. 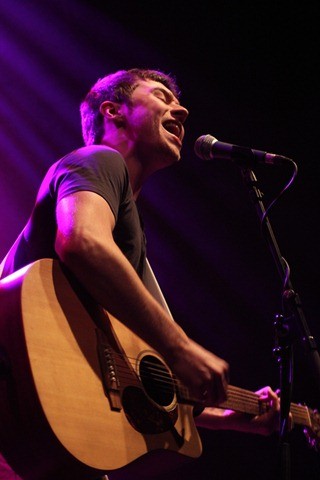 Hue and Cry have been around for, well, a fair few years whereas support for the evening, Sienna Lights, well, haven’t. With that in mind, and a predominantly fortysomething, and a bit more in some cases, audience to please it must have been a daunting task. Add that to the surroundings of everyone seated at tables, this wasn’t the festival arrangement that Graham and the boys were becoming familiar with. If the seating gave the impression that they were being sat in judgement, they certainly gained pass marks from this audience who would probably have never heard their music before.

The songs hold their own now, and a composure and tightness within the band ensured a confident delivery. The reaction was probably more favourable than they could have expected and no doubt they shifted a few CDs on the back of it; they certainly took the opportunity to mention they had some for sale during their all too short set. Maybe they never set out to appeal to, for what is to them, an older audience, but they certainly received a nod of approval tonight. 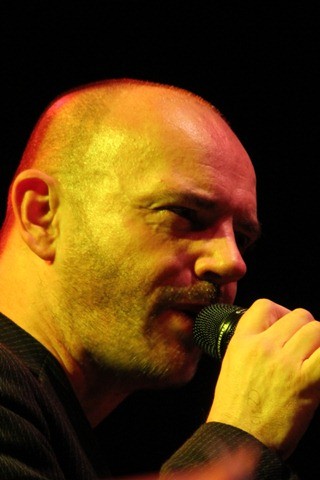 When the main act took to the stage, lead singer Pat Kane ,referring to the shortage of punters,  wondered whether he’d walked into a ‘Buddhist Meditation class’ such was the muted reaction to their arrival.

At times like this I have to wonder as to the wisdom of putting the tables out for a performance by ,essentially, a pop band. In this case it didn’t seem to help with the atmosphere with the largely seated audience left to dance in their chairs. Admittedly it helped fill out the space but it led to an awkward feel to the night and Hue & Cry initially seemed to feed off this.

They are a tight and polished live act, however it did seem like they were going through the motions. Concentrating on newer material that most were unfamiliar with didn’t help perk things up either.  They’re not the most dynamic of performers and spent most of the time stood stationary, with keyboardist and younger brother Greg Kane appearing positively bored for most of the night.

Most of their songs come in at around the three minute mark and they ploughed through their set in efficient fashion, new tracks ‘Darkness Falls’, ‘Fail You Better’ and ‘Hand at Heart’ (‘a socialist anthem’) are all dispatched with aplomb and backed by a solid rhythm and horn section.

An odd and somewhat awkward mid-set acoustic set didn’t really help the momentum. The  stripped down version of ‘Looking for Linda’ was toe curlingly bad when an attempt at audience participation spectacularly fell flat on its face when they forgot to join in with the chorus leaving a slightly uncomfortable silence instead! 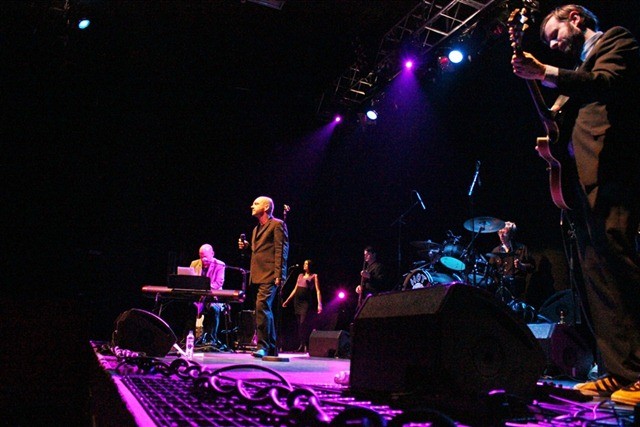 It wasn’t till about two thirds through the evening that some life was injected into the evening, ‘Labour of Love’ brought on a rash of dad dancing rarely seen outside of wedding receptions and ceilidh’s where way too much whisky has been consumed. But finally Hue & Cry seemed to start to enjoy themselves and Pat Kane sprung to life, dancing around the stage and exhorting the audience to get up and join him.

‘Little Man’ featured a rap by the bassist in Glaswegian and surprised me by actually being pretty damned good. Kane Snr’s political nous often comes to the fore with the aforementioned song being described as a song about a neo nazi. He’s not afraid to wear his politics on his sleeve but at the same time manages not to brow beat us about it.

The encore wound up the night with Back to Back (from 2008’s ‘Open Soul’ album) and another new track ‘Carlos Takes the Fall’. Not ending the set with a more popular number seemed to be a slightly odd choice to those only really familiar with their earlier material, but you can’t fault them for wanting to prove they’re not yet another eighties tribute act.  It was possibly not the best night for them, ultimately delivering an efficient if slightly soulless performance. Another night in a busier venue may have been a different story entirely, but we saw a band still able to deliver a solid performance and more than able to pen a decent tune or two.