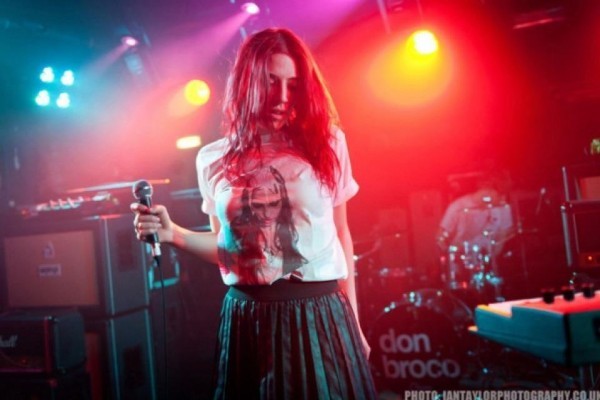 “Sweet Swears” is the 3 rd EP released by the band following releases of “It Looked So Good On Me…” and “…But I Won’t Wear You Again”. The band is fronted by Janine Shilstone described as  “an excellent front woman whose voice compliments the rest of the music perfectly” (Absolute Radio) or “Big hair and big voice….. it’s good to see a front-woman with a bit of attitude” (Popcop). The band lists  Florence Welch, Rage Against the Machine and Incubus among their influences. A busy summer saw them play Belladrum, Hard Rock Calling (on the same bill if not the same stage as Soundgarden) and wining through to play the T-Break Stage at T in the Park.

Keep an eye on the Vukovi Face bookpage for up to date info.

Vukovi play Mad Hatters, Inverness on the 3rd of November.