Federation of the Disco Pimp play the Ironworks , Inverness on Saturday the 10th of November. 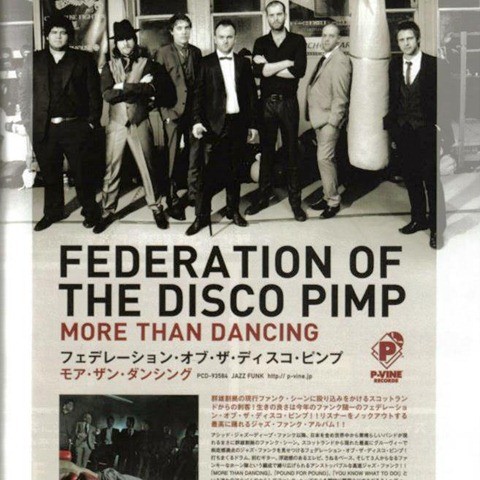 Established in 2010,the seven piece Federation of the Disco Pimp, are renowned for their fusion of Old-School Funk, Disco, Psychedelic and Jazz as well as their “endless energy and blistering live sets”. The band’s debut album, More than Dancing was released this summer at the Glasgow Jazz Festival, on Japanese label P-Vine Records.

The Federation of the Disco Pimp  have grabbed the attention and support of DJs including Stephen Duffy (Radio Scotland) , Christian Bragg (Jazz Fm) and Craig Charles (Radio 6). Indeed they have recently supported Charles across the UK. Another band which has garnered plaudits from Charles are the support for the evening, Inverness’s very own Leonard Jones Potential whom Charles describes the sound as “When you hear it you think they sound like 1960s Detroit but they’re fuckin’ Highlanders they are!” (never gonna bore from that quote!!).

Tickets are available via www.IronworksVenue.com from the 12th of October.