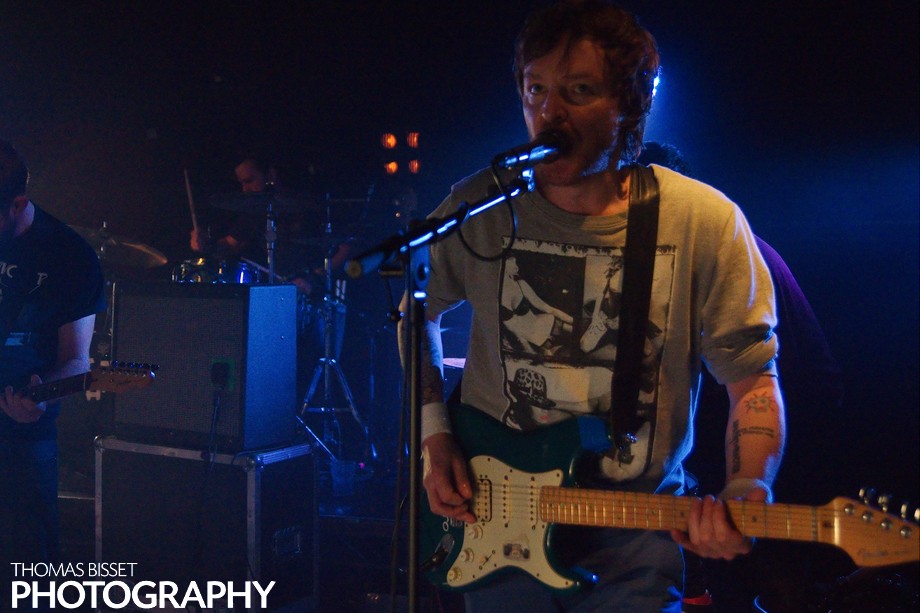 A review of Sucioperro with support from What The Blood Revealed and Swamp Radio at the Ironworks, Inverness on the 21st of September, 2012. 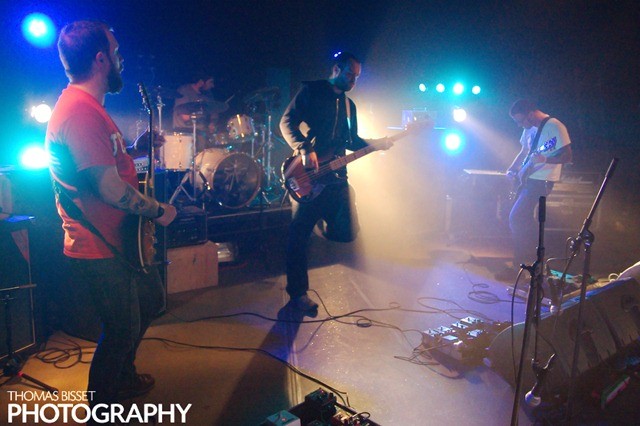 First to take to the floor before a disappointing early audience of around twenty or so were Irvine instrumentalists What The Blood Revealed. Instrumental bands can be slow burners with me, that is if they ever ignite. But with everything but the kitchen sink being launched by the band, a lot of it was hitting home. Bands without vocals tend to have exuberant titles for their compositions and What The Blood Revealed are no exception. “The Corporation As We Know It Is Dead, Dead, Dead” (told you they had great titles!) builds up to resolve itself with conviction. “The Streets Ran With The Blood Of The Pious” contains not just the deadly assault of powerful guitars, it touches on more thoughtful interludes. “To Travel Deadly Ground” brought it all to a fitting end tying up a well constructed set. Without that focal point of a lead singer, the band still maintained a strong presence as Scott, Gav and Stuart each wore the music on their sleeves as they lined up behind the barrier. It’s powerful stuff and they do a mighty fine job of delivering it. 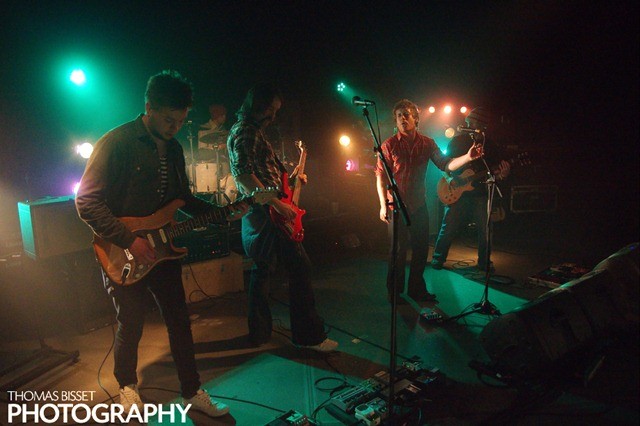 If a lead singer provides that point of focus, then Swamp Radio certainly have that in frontman, Neil Pirrit. There is a lot going on around him, even a fifth band member, but he is a bundle of frenetic energy as leads the charge through their set. A charge that was somewhat halted by the snapping of one of bassist Scott Peacock’s strings. The show, however, must go on – although some chaos ensued (a replacement that just didn’t work before the restrung bass appeared), it was all more or less held together before they ripped their way towards the end, and ultimately, the peak of their set. “Fear Of The Bomb” gave us all a pre-apocalyptic ear bashing taking us all on a frenzied trip. Their set ender,”Trapped”, really showcases the bands ability to create a song that doesn’t conform with boundaries. It’s an absolute powerhouse. 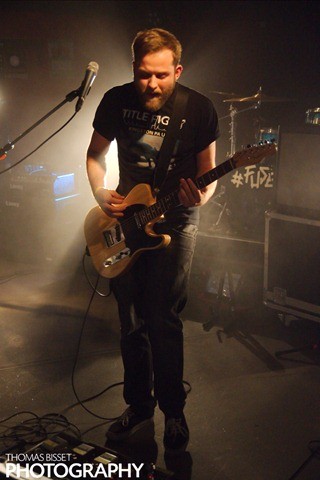 By now the numbers had grown nearly fourfold from the early arrivals in anticipation of Sucioperro. As the band made their way down the stairs the crowd more forward to the barrier to greet JP, Stewart, Fergus et al. The last time I saw the boys it was at Belladrum a few years back and they were ripping up the Seedlings Stage; success, and mass appeal, appeared to be just around the corner. Oh how things have changed. That corner was never negotiated and latest album, Fused (Buy Fused here

) looks to a much darker place. There are no mainstream pretensions here. This is dark brooding stuff, real anger through gritted teeth and by fuck does tonight’s opener “River of Blood” reflect this, as does the song that follows, the no nonsense “What A Fucking Chump”. This also saw one of the live band additions, Hooligan Sadikson, careering around in the crowd with a taped up megaphone adding an extra layer to the vocals delivered by JP Reid. Later, Hooligan conspired to get himself onto the stage, this was a band on the floor night, as he hammered out the beat on a drum above the band. His anarchic antics interweaving with the bands sharp hammering set. 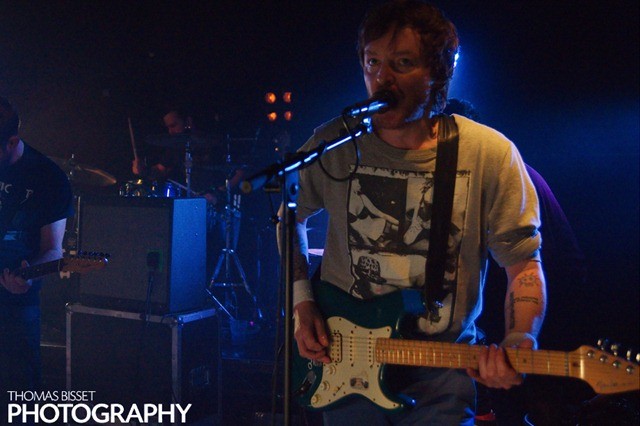 However, for all the grit and snarl there are more melodic moments to be found. “Rabbits in Boxes” being a prime example, deliberate and controlled, and even between songs you could not have met a band more polite to their audience. On at least three occasions they thanked their fans for coming out, and even a mention for everyone braving the non-snow; a reference to a cancelled trip due to being unable to get out of Glasgow on their last proposed visit. It was all very heartfelt with all remnants of anger left behind in their songs. It wasn’t just about the new album, older songs got an airing too. The rat-a-tat-tat of “Liquids” was delivered with a piercing ferocity, and “No.273” was equally well posted. “The Final Confessions of Mabel Stark” may have run with the line “I am close to my enemies and far from my friends” but it was quite the opposite tonight. Numbers may have been on the low side tonight, as a festival in the west may have taken care of some of the absentees, but those at the Ironworks got a gutsy and honest performance. You really cannot ask for more than that.

You can see more photos of the gig from all of the acts on our Facebook page.